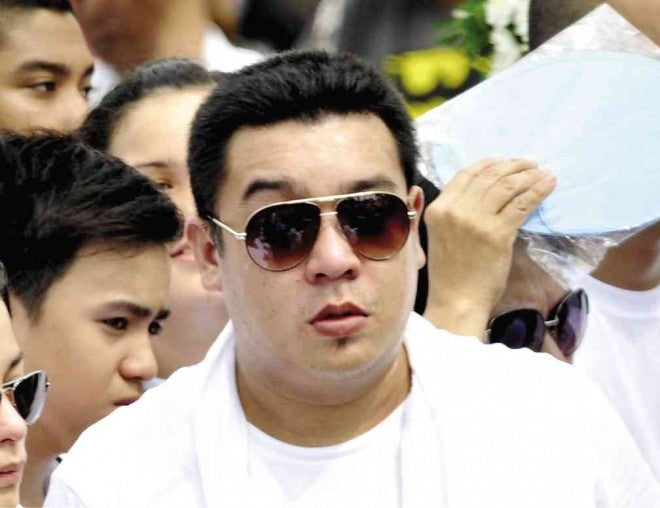 MANILA, Philippines — Vandolph Quizon and Ronnie Ricketts are among the celebrities who have thrown their hats into the 2016 ring, filing their certificates of candidacy for local posts in the southern cities of Metro Manila.

In Parañaque, lawyer Kimberly Alzate-Cu, the city’s election officer, said that as of 10 a.m., Vandolph Quizon was the lone individual who filed for candidacy on the second day of filing of CoCs for the 2016 elections.

Alzate-Cu said Quizon — the son of incumbent city councilor Alma Moreno who reportedly would seek a Senate seat in the 2016 elections under the United Nationalist Alliance ticket– has filed his candidacy papers for a seat in the city council, but under incumbent Mayor Edwin Olivarez’s Liberal Party ticket.

More popularly known as Vandolph, Quizon first appeared in the 1986 movie “Balimbing, Taong Huyango” with his father, Dolphy, the King of Comedy.

He was also in the 1992 comedy show “Ang TV,” and in the popular sitcom “Home Along Da Riles.”

More recently, he appeared in the movies “ABNKKBSNPLAko,” with Jericho Rosales and Andi Eigenmann, and in “The Legal Wife.”

“We talked about it, (former) mayor (Aldrin San Pedro) and I and the Ospital ng Muntinlupa needs budget. So we can realign budget there,” Ricketts, who filed his candidacy papers for a seat in the House of Representatives, said.

Should he win a seat in Congress, Ricketts said he would file a bill that would “amend the law in terms of piracy.”

“If you notice right now, the Optical (Media Board) is becoming obsolete already… So the downloading, USB, that’s what we will file. To amend the law in terms of piracy so their (OMB) scope will be expanded,” Ricketts, who first appeared in the 1982 movie “My Heart Belongs to Daddy” said.

The director and screenwriter, out on bail on a graft case filed against him as OMB chair, said he would like to “develop a grassroots program” for city athletes so they could have “support from the city itself” apart from the support they get from their families.

Apart from Ricketts, Allan Paule and Manoy Llige, more popularly known as Manolet Ripol, also filed their CoCs for seats in the city council on Tuesday.

Paule, who is known for his role in the movie “Macho Dancer,” gunned for the same seat in 2013 but lost.

Ripol has had appearances in the 1990 movie “Hotdog” and 1988 movie “Love boat: Mahal Trip Kita,” among others. SFM