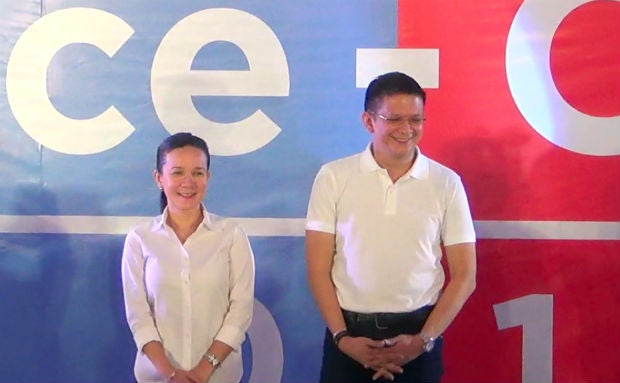 In a media advisory sent to reporters, Poe’s office said the two senators will file their COC at the Commission on Elections in Intramuros, Manila, between 3 and 5 p.m.

Poe and Escudero were the first tandem who announced their presidential and vice presidential bids, respectively, in the 2016 elections.

The two senators are frontrunners in the pre-election surveys but if they lose in the elections, both have still until 2019 to finish their terms in the Senate.

It’s official: Grace Poe, Chiz Escudero to run together in 2016