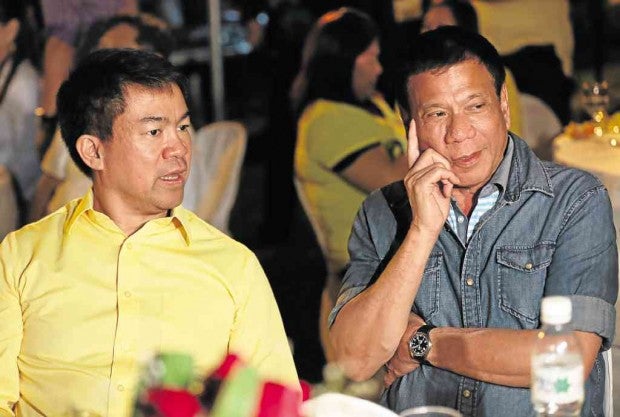 Senator Aquilino “Koko” Pimentel III said that his group, PDP-Laban, would keep on hoping that up to the last minute of the filing of certificates of candidacy (CoC) Davao City Mayor Rodrigo Duterte would run for president in the 2016 elections.

This is despite Duterte’s categorical statement Monday that he would not join next year’s presidential race.

“We assume kasi that he will file so up to the last minute we will hope,” Pimentel, president of PDP-Laban, said in a text message on Tuesday.

“However if the period ends without Duterte filing a certificate of candidacy for president then the party will start its own soul searching for the presidential candidate it will support,” the senator added.

Duterte was apologetic when he faced the media in Davao and announced that he has no plan to run for president.

“I am sorry to disappoint those who spent much and worked hard and long in support of me as I went around espousing the benefits and advantages of federalism,” he said.

“I therefore beg for everyone’s kind understanding and acceptance of my sincerest apologies. After all, there was no ambition for me to aspire for the presidency. The country does not need me. I find no need for it, too. I guess it is fate that wills that our long journey together should end this way,” the mayor added. Maila Ager/RAM