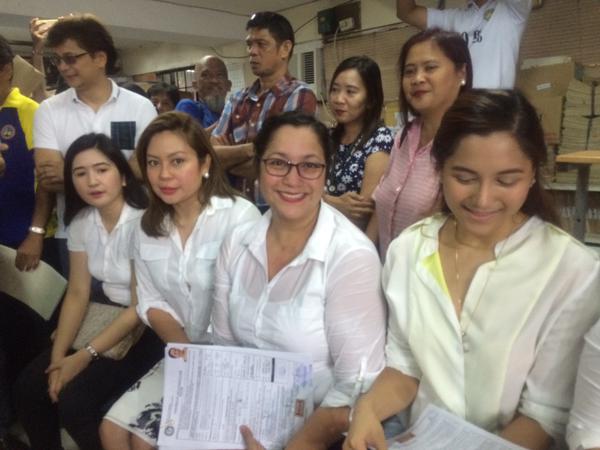 The wife of Mandaluyong Mayor Benhur Abalos has filed her certificate of candidacy (CoC) for mayor, in a bid to “continue” the programs initiated by her husband.

Carmelita “Menchie” Abalos is gunning for the city’s chief executive post, which her husband occupied for nearly two decades. Mayor Abalos’ term expires next year and is not eligible for reelection since he has already served three consecutive terms.

Mandaluyong Rep. Neptali Gonzales II and wife Queenie joined Menchie as she filed her CoC at the city’s Commission on Elections (Comelec) office.

Queenie is also running in next year’s elections as Mandaluyong’s lone representative. She is set to take over the post from her husband, who is also not eligible for reelection after serving three consecutive terms.

Queenie and Menchie vowed that should they be elected, their governance would be a “motherly” one.

Also joining Menchie in her CoC filing were her city council slate, which filed their respective candidacies. Among the city councilors up for reelection was the Abalos couple’s daughter Charisse.

Former Comelec Commissioner Benjamin Abalos also showed up to show his support to his daughter in law and granddaughter.