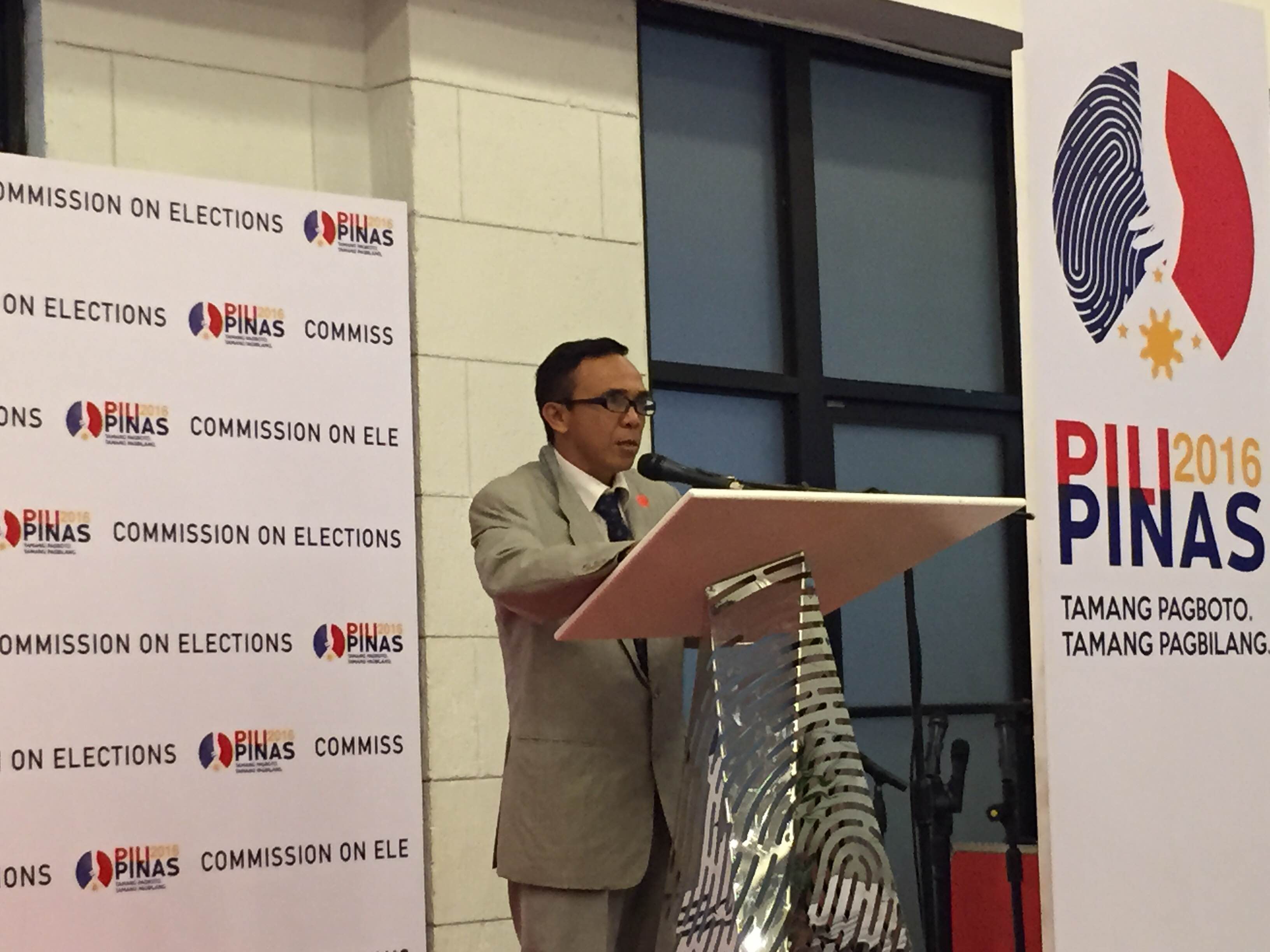 A senatorial aspirant offered a song to his “wife,” presidential sister Kris Aquino shortly after filing his certificate of candidacy on Monday.

Dan Daniel Magtira said that he is running for the Senate to uphold the Constitution.

After answering questions from the media, he sang a song about his hope to have the presidential sister in his arms come Christmas time.

Magtira said that he hopes that he will be invited by Kris to her morning show “Kris TV” where he can show his rapping skills.

It is the second time that Magtira will file his COC, after he was disqualified in 2013.