Vice President Jejomar Binay and Senator Gringo Honasan have made their tandem official as they were the first presidential and vice presidential tandem who filed their certificates of candidacy on Monday.

Binay and Honasan, who will run the United Nationalist Alliance (UNA), first attended Mass at the San Agustin Church before they filed their COCs.

After filing their COCs, Binay and Honasan did not give an interview to the media. 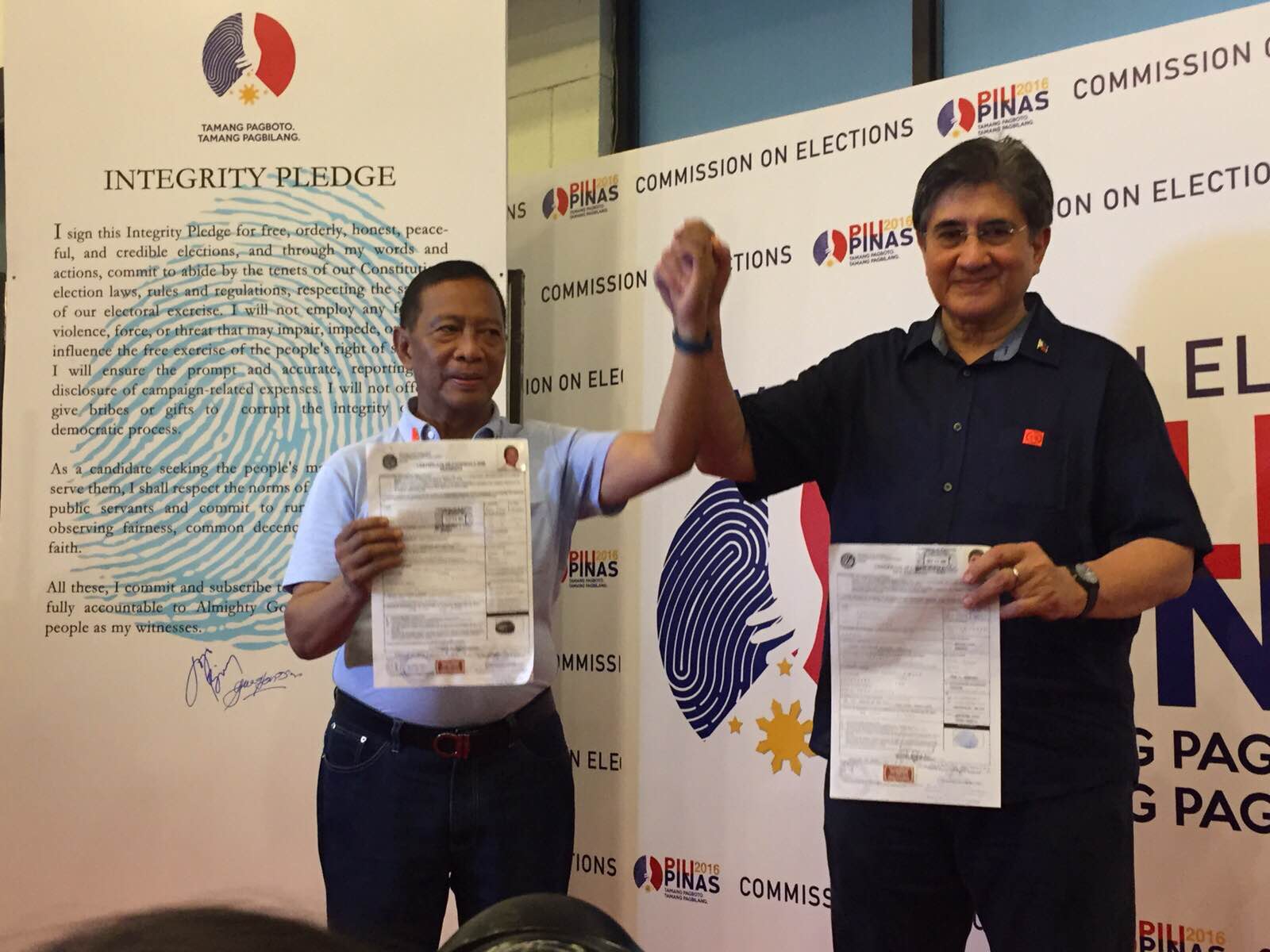 Read Next
Obama: Clinton made mistake, didn’t harm national security
EDITORS' PICK
Beyond the Chocolate Hills: A farm-to-table, heritage culinary adventure of Bohol
MyCitiHomes premiers PH’s first 3-star certified BERDE District residential development
‘Crash Landing on You’ couple confirms pregnancy
Enrile contracts COVID-19: ‘To my critics and enemies, I am not going to die yet’
Metro Manila’s COVID-19 positivity rate jumps from 3.9% to 5.9% — OCTA
House energy committee chair Arroyo bats for cheap electricity
MOST READ
Enrile contracts COVID and snipes at critics, foes: ‘I am not going to die yet’
Duterte: It was correct for Bongbong Marcos to ‘decline’ presidential debates
Russia steps up missile strikes on Ukraine as G7 leaders gather
PH firm partners with US corporation to set up weapons assembly in Bataan
Don't miss out on the latest news and information.