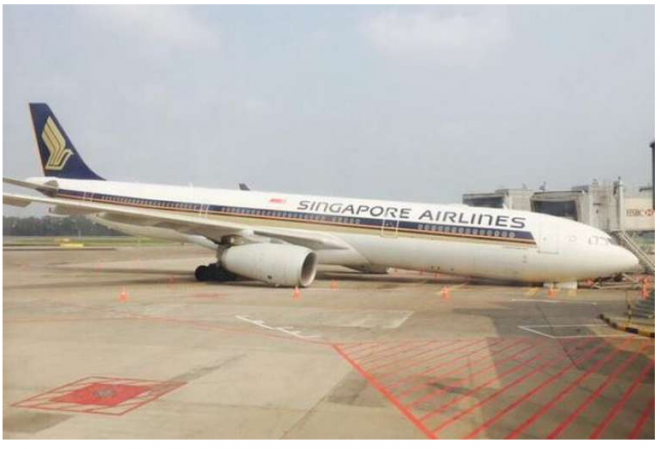 A Singapore Airlines (SIA) plane was seen lying awkwardly on its front end at Changi Airport, after the aircraft’s nose gear collapsed on morning.

“There were no passengers or crew on board at the time. One engineer who was on the aircraft was not injured,” added the spokesman.

“Singapore Airlines will be cooperating fully with the authorities in their investigations.”

The plane had been due to operate flight SQ890, which was scheduled to depart for Hong Kong from Changi Airport’s Terminal 3, at 7:35 a.m., following its arrival from Shanghai’s Pudong International Airport after midnight on the same day.

Another aircraft was used for the flight instead.

According to records, the collapsed plane had been in service for more than six years. Its maiden flight was in April 2009.

It is understood that damages to the plane are unknown at this point. An assessment will be carried out once it has been removed from the gate.