Pet-friendly campuses? Arf, arf to that! 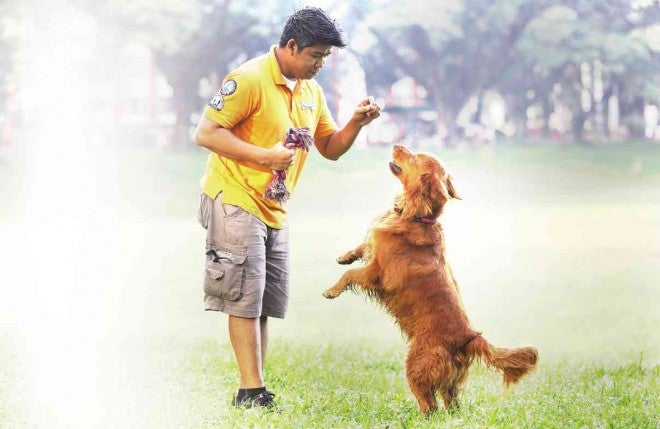 Dog owners advocating for a more pet-friendly campus gathered recently at the University of the Philippines Diliman to show to the public that having animals on campus, such as dogs and cats, is not only therapeutic but can also provide additional security to an institution.

A school official, however, admitted that while the initiative is commendable, the task of making the campus a pet-friendly one is easier said than done because of the various concerns of the university’s stakeholders.

Spearheaded by the Friends of Campus Animals (Foca) and the Office of the Vice Chancellor for Community Affairs, the “Doggie Picnic” was a “symbolic move toward a more humane campus,” said Foca founder and head professor Khrysta Rara of the UP College of Mass Communication (CMC).

Attended by at least a dozen dog owners, the Oct. 4 event comes nearly three months after the UP Diliman administration scrapped a memorandum ordering the rounding up of stray animals.

Rara said that having campus animals is “part of campus life,” and that these animals not only help students and staff feel relaxed during stressful days but also provide some noteworthy services.

One example of such services is that cats kill pests like rats which prey on documents stored in the various offices. And while dogs are always on alert for intruders, Rara cited an incident in 2013 at the CMC wherein a security guard was saved by a cat from an attack of an unidentified man. She said that the guard noticed the intruder who was out to get his gun when the cat suddenly screeched.

While recognizing such benefits, Vice Chancellor for Community Affairs Nestor Castro admitted that realizing his pet project of making UP Diliman a pet-friendly campus is “not that simple.” He noted that there’s “resistance” from joggers, bikers and even from the school’s own campus maintenance office.

Currently, pets aren’t allowed around the campus’ Academic Oval, a regulation implemented since the administration of chancellor Emerlinda Roman in the 1990s, reportedly because a jogger was bitten by a dog.

Castro said that for the campus to become truly pet-friendly, consultations with the different stakeholders should be held on how it can be done, and if there should only be designated places or days when pets would be allowed inside campus. He noted that another concern is that residents of the informal settler community within the campus also have pets, which he said is estimated to reach around 7,000.

He pointed out that while for now these concerns are being ironed out, initiatives such as the one led by Foca keep the conversation open and allow individuals and groups to offer their suggestions on how to indeed become a pet-friendly campus.