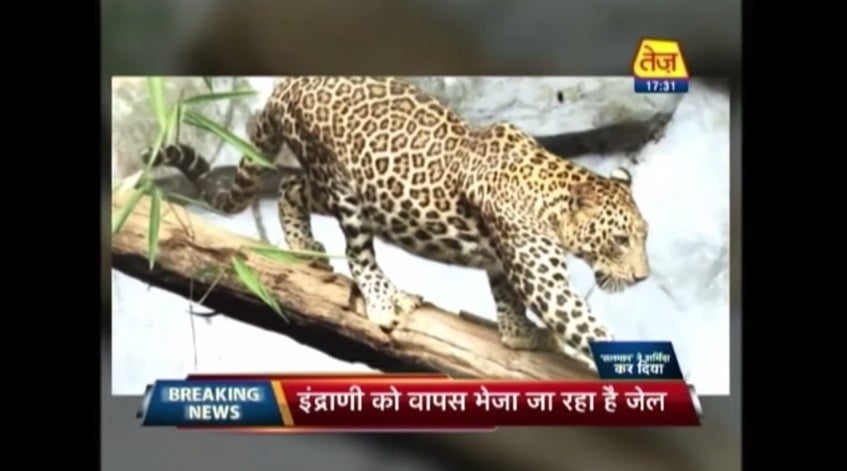 NEW DELHI, India—A 12-year-old jaguar brought to New Delhi zoo on a “breeding loan” is being sent back after he was found too fat to mate, officials said Saturday.

The big cat, nicknamed Salman, was borrowed from a zoo in southern Kerala state last October but has since shown little interest in cosying up to his partner, Delhi zoo curator Riaz Khan told AFP.

“The female jaguar has been trying to entice him but he is simply lazy and does not respond to her overtures,” Khan said.

“The fact is he is too fat to breed and we have decided to send him back to Kerala,” he said, adding the jaguar polishes off some six kilos (13 pounds) of buffalo meat daily.

Jaguars look like the leopard, the only difference being they have spots inside their rosettes. The jaguar is also a much stockier animal than its cousin, with shorter legs and tail.

Jaguars have no defined breeding season and will mate any time of the year.

The International Union for Conservation of Nature and Natural Resources (IUCN) lists the species as near threatened with hunting prohibited in India as well as various other countries.

The International Species Information Service says there are only 292 jaguars worldwide.

Delhi zoo officials have not weighed the big cat as yet although they say he is “much heavier” than the normal 100 kilos (220 pounds).

The Indian Express daily said frustrated caretakers had given up hope of seeing Salman start a family.

“He has a bigger appetite than the tigers,” the English language newspaper quoted a caretaker as saying.

“He is lazy, a glutton, just loves to eat and relax.”