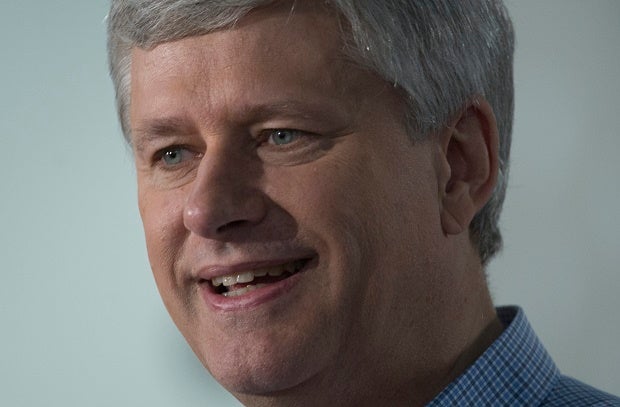 MONTREAL, Canada—Canada could curb its counterterrorism efforts, including airstrikes against the Islamic State of Iraq and Syria (ISIS) group in Syria and Iraq, if Prime Minister Stephen Harper’s Tories are defeated in October 19 elections.

The two parties also vowed to repeal or modify, respectively, a bitterly-opposed anti-terror law that dramatically expanded the powers and reach of Canada’s spy agency, if elected. Both are neck and neck with the Tories with just over a week before voting.

The ballot is scheduled just days before the nation commemorates the deaths of two soldiers in the first terror attacks on Canadian soil a year ago, when a soldier was run over in rural Quebec and a gunman killed a ceremonial guard and stormed parliament.

In the aftermath of the killings, the Conservatives rushed through new national security measures in the biggest overhaul of Canada’s counterterrorism legislation since 2001 following the attacks in the United States.

Only Thomas Mulcair’s New Democrats opposed the bill in the House. The Liberals, led by Justin Trudeau, voted for it, despite concerns that it lacked oversight and was overly broad.

“The Conservative government brought a strong response to this threat,” which a majority of Canadians support, said politics professor Justin Massie at the University of Quebec in Montreal (UQAM).

“It’s unusual that foreign policies and national security would be election issues in Canada,” he noted.

But if they are now, it is because a vocal opposition viewed the government’s response as heavy-handed and an unprecedented assault on civil rights.

Throughout the campaign, Harper has defended the measures, which criminalized the promotion of terrorism and made it easier for police to arrest and detain individuals without charge, while expanding the Canadian Security Intelligence Service’s mandate from intelligence-collection to actively thwarting terror plots and spying outside Canada.

For Mulcair, Bill C-51 is a “disaster,” and has “more to do with the politics of fear and division than anything to do with security.” He vowed to repeal the act, saying it represents a “real threat to our rights and liberties.”

The Liberals, according to Jonathan Paquin, a professor at Laval University in Quebec, have “one foot in each camp.”

Trudeau said during a recent leaders debate that “Canadians expect their government to do two things: protect our security and defend our rights and freedoms.”

He accused Harper of sowing fear, saying the Tory leader “wants us to be afraid that there is a terrorist hiding behind every leaf and rock… (so) he can say he is there to protect us.”

Trudeau vowed to increase oversight of Canada’s spy agency to ensure the protection of civil liberties, but would not go as far as the New Democrats, while also blasting Harper for passing legislation in May to revoke to the citizenship of persons convicted of terrorism.

“You devalue the citizenship of every Canadian… when you make it conditional for anyone,” he said. “And we should be worried that any prime minister has the ability to revoke (the) citizenship of people. It’s a slippery slope.”

Harper retorted that his country has long had a policy of revoking the citizenship of war criminals, why not also terrorists.

Responding to his political rivals’ scorn over Canada’s participation in the US-led coalition against the Islamic State group, the prime minister as he seeks a fourth mandate said he would continue the military mission until at least April 2016.

His aim, he said, was to keep up pressure on IS to prevent them “using Iraq or Syria as a base to launch terrorist attacks in Canada.”

Once again, the Liberals took a neutral or arguably “a more balanced” position on this file, said Jonathan Paquin by focusing on training others in Iraq and Syria to take on ISIS, while keeping Canadians off the battlefield and out of direct harm’s way.

Mulcair said Canada should focus on blocking the flow of funds and fighters to ISIS, while completely withdrawing its forces from the conflict zone.

“At this point,” Massie commented, “it’s unrealistic to expect Canada will withdraw from the conflict because none of the parties are likely to form a majority government, and so whomever wins will have to compromise.”