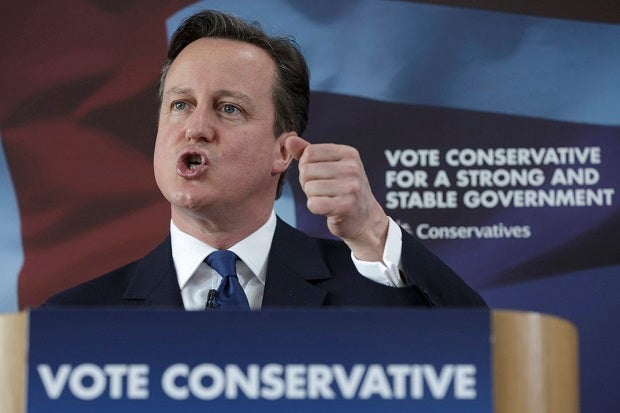 LONDON, United Kingdom—A cross-party campaign to take Britain out of the European Union launched on Thursday, backed by three major political donors ahead of a referendum expected by 2017.

READ: The likelihood of a British exit from the EU

The “Vote Leave” campaign revealed on its website that it would be run by lawmakers from a range of political parties, including from the Conservative party of Prime Minister David Cameron, the opposition Labour party, and the eurosceptic UK Independence Party.

“I will vote to leave so that we can end the supremacy of EU law and the British public can take back control,” said UKIP lawmaker Douglas Carswell in a statement.

“I want to see a campaign which brings together those from all parts of the UK who want to take back control of our countries’ laws to the British Parliament,” said Labour lawmaker Kate Hoey, co-chair of the “Labour Leave” campaign.

The “Vote Leave” campaign said it had signed up many business leaders, and its three treasurers have made significant political donations in the past.

Former Conservative treasurer and banker Peter Cruddas has given hundreds of thousands of pounds to the Conservative party, while TV shopping millionaire John Mills has been a major donor to Labour.

The third treasurer, businessman Stuart Wheeler, has given hundreds of thousands of pounds to UKIP.

READ: Only 1 in 3 Britons wants to stay in EU—poll

While polls indicate more support among the British public for staying within the 28-member bloc, recent surveys have shown the lead narrowing.

Lawmakers within the ruling Conservative party are split on how to campaign ahead of the referendum, with 22 MPs firmly favoring a so-called “Brexit” and 14 strongly in favor of staying in, according to study by think-tank Open Europe.

The prime minister is lobbying for changes to the country’s membership, including more powers for London and the ability to opt out of closer political integration, and has said he will campaign for Britain to stay if he is happy with the deal.

Cameron promised a referendum in 2013 amid pressure from the eurosceptic wing of his Conservative party and the rising popularity of UKIP.

Opposition to Britain’s membership of the EU is less common in the Labour party, but new leader Jeremy Corbyn has been critical of the bloc and ambiguous over his stance on the referendum.

Nevertheless when pressed in a BBC interview last month he said he could not foresee Labour campaigning for Britain to leave under his leadership.

A rival campaign for Britain to remain in the EU is expected to be unveiled soon. A second anti-EU campaign, “Leave.EU” launched last month, backed by UKIP leader Nigel Farage.