Joker Arroyo passes away at 88 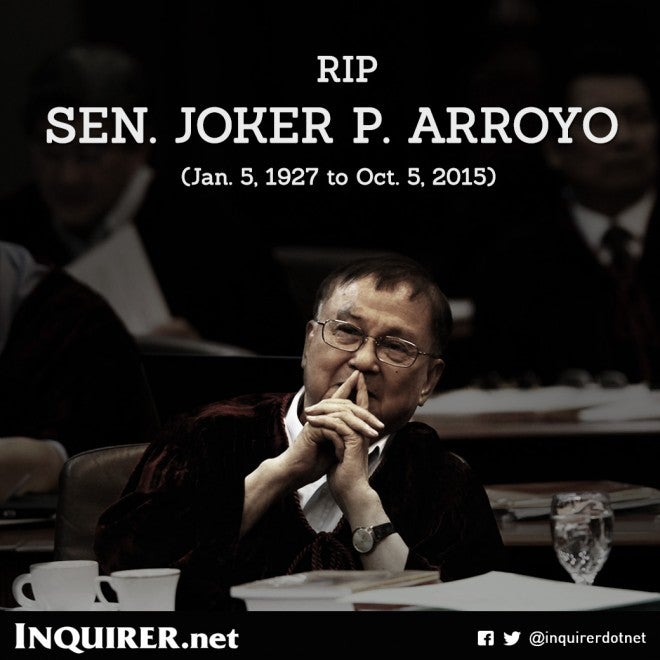 “Yes, confirmed,” a friend and former colleague at the Senate said in a text message to reporters on Wednesday.

In a statement issued later, Angara described Arroyo as one of the “best and finest” trial lawyers.

“Farewell to one of the best and finest trial lawyers that we have ever met,” Angara added.

“He did what?” the senator asked in an interview in Quezon City.

But in another statement also issued later, Marcos said he was “deeply saddened by the tragic news of Joker Arroyo’s passing.” 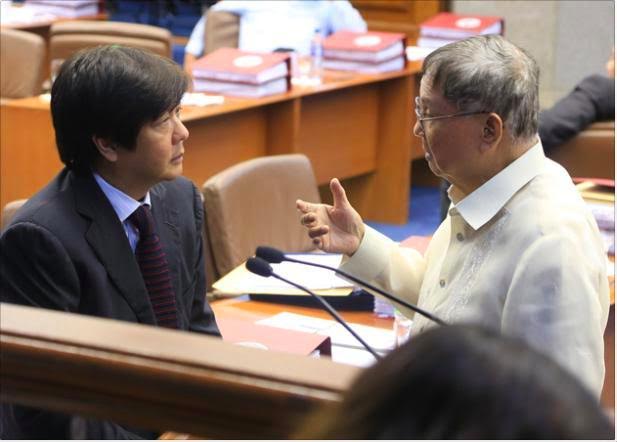 “I value greatly my time spent with him in the Senate. Considering where we came from, we often found ourselves in agreement over political questions. I think because of this, I dare say that we eventually became friends. My prayers and thoughts are with his family as they suffer through this great loss,” he said.

It can be remembered that during the Senate trial of former Chief Justice Renato Corona, Arroyo and Marcos, along with Senator Miriam Defensor-Santiago, voted to acquit him.

“While in Congress, he remained an independent throughout his term, he never traveled abroad on government money and was known to have a perfect attendance record for nine years from the time he was elected up to the end of his term, according to his biography posted at the official website of the Senate.

“As lead prosecutor during the impeachment trial of President Joseph Estrada, he was remarkable,” it further said.

A human rights lawyer and freedom fighter, Arroyo was among those who questioned before the Supreme Court the ratification of the Marcos-dictated 1973 Constitution; Amendment 6 that empowered President Marcos to exercise law making powers alongside the Batasang Pambansa; the power of military tribunals to try civilians.

“As a freedom fighter, Senator Arroyo has had his share of physical and mental tortures having been incarcerated in a military stockade, gassed, injured and hospitalized during protest rallies,” according to his biography posted at the official website of the Senate.

During the snap elections in 1986, Arroyo served as counsel of then-presidential candidate Corazon Aquino.