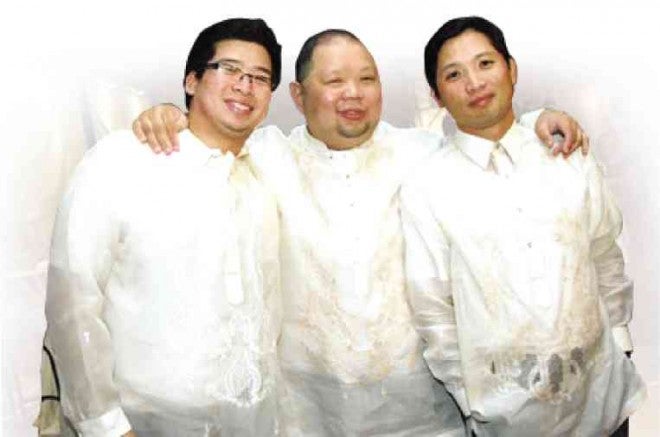 Kenneth Uy was just an ordinary Chinese-Filipino businessman until a catastrophe brought Tacloban City in Leyte province to its knees.

While many in the business community left the capital after Supertyphoon “Yolanda” (international name: Haiyan), the world’s strongest typhoon to make landfall, struck on Nov. 8, 2013, Uy stayed on and even initiated a campaign that had become the battle cry among residents: “Tindog, Tacloban (Rise up, Tacloban).”

“He loved Tacloban very much and wanted to be part of its recovery,” said one of his friends, Hector Go, a radio broadcaster-turned-businessman.

On July 16, Uy died from cardiac arrest at the penthouse of the family-owned Asia’s Star Hotel, without seeing his dream fulfilled. His body was cremated on July 22 and buried the following day beside his father, Victorino, at the Chinese Cemetery.

Though his businesses were spared from the looting frenzy that ensued after Yolanda left, Uy brought the problem to the attention of President Aquino during his visit to the city on Nov. 10, 2013. He said he was nearly hit during an apparent exchange of gunfire among the looters in the downtown area.

Jeff Manibay, who was with Uy, said the dressing down did not discourage the businessman but instead fired up his desire to help his city get back on its feet. To stimulate the flow of money, Uy reopened Kenny’s and offered office spaces to Union Bank, Banco de Oro and other banks inside the food outlets.

Amid the scarcity of food, he set up “sari-sari” stores inside the outlets where survivors could buy rice, sardines, soaps and other basic necessities at affordable prices.

Go recalled that he saw some bags of flour in the pantry of Kenny’s and made into pan de sal to address the shortage of bread. He and Uy made the “yolandesal,” which was sold at P2 each.

“He told me that we were selling the pan de sal not to make money but to help the people who were hungry,” Go said.

Uy went to Samar to ask his friends to sell their farm produce to Tacloban at low prices. He also encouraged local businesses to reopen to help in the city’s recovery.

“He was really determined to stay in the city despite the very bad condition prevailing at that time,” said a small businessman, who declined to be named.

“I want to be, in my small way, a part of the recovery effort. We can do it. I want to see Tacloban recover from the devastation. Nobody will care for our city but we Taclobanons ourselves,” Uy said.

During an interview with the Inquirer in December 2013, Uy said his relatives in Manila and abroad called him crazy for staying in Tacloban, considered Yolanda’s Ground Zero.

He was frustrated by the very slow release of aid by the national government—an assessment validated later in separate reports by the Commission on Audit (COA) and a nongovernment organization.

Under the national government’s Comprehensive Rehabilitation and Recovery Plan (CRRP), at least P170.916 billion was needed to fund the rehabilitation programs for all storm-hit areas, including Tacloban, which should be completed by next year.

The COA, however, reported that as of October 2014, only P51.98 billion had been released, while the national government had received only a total of P71.010 billion in foreign aid pledges as of Aug. 19, 2014. Of the amount, P44.2 billion was in cash pledges and P26.9 billion in noncash pledges.

Social Watch Philippines (SWP), on the other hand, said government assistance was lacking based on its monitoring.

Tacloban, under the CRRP, was to receive P22.876 billion. As of June 17, the city had gotten only more than P9 billion through government agencies, according to SWP. Of the P5.32 billion it needed to provide permanent housing units to more than 14,400 families, only P3.33 billion had been released to the National Housing Authority, it said.

Tacloban needed P1.59 billion for livelihood programs but only P158.53 million had been downloaded to the city or to the concerned agencies.

In contrast, the SWP said the Department of the Interior and Local Government received P4.012 billion, which was relatively higher compared with the funding recommendation of P3.731 billion under the CRRP. The amount was to be used to repair or rebuild public buildings owned by local government units, public markets, police stations and other facilities, covering the period from 2014 to 2016.

While Uy did not live to see his dream for Tacloban come true, his family has vowed to continue his work, touched by the throng of people who went to his wake—many of them they hardly know.

“We don’t know yet how we can continue his legacy, but we will,” Uy’s mother, Lucy, said.

She said the family would start by following his son’s mantra: Nobody will help Tacloban except its own people. CDG