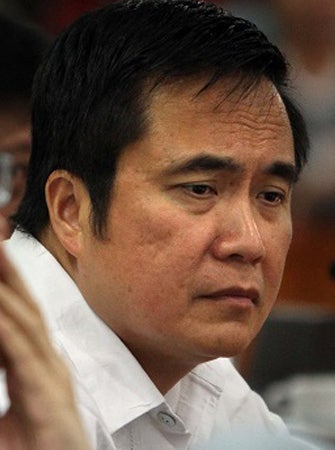 Transportation Secretary Joseph Emilio Abaya now agrees that the traffic condition in the country could be fatal.

Abaya, who apologized for saying that traffic was not fatal, could now only laugh at criticisms that he has been getting while performing his job.

“Am I affected? As a public servant, you should be sensitive to the people pero huwag ka naman onion skin,” he said when asked if he was still affected by criticisms.

Abaya attended a budget hearing at the Senate on Thursday.

“I am only human, I want to express as honestly as I can but again as a public servant, you must not be disheartened, you must be fair for the game, it should not distract me on my mission serving the people so ganoon lang talaga (that’s how it is)…” he added.

Asked if he now agrees that traffic was fatal, at first Abaya said in jest, “I believe more on the historical angle of ‘Heneral Luna’s’ life.”

Abaya is a great grandson of General Emilio Aguinaldo, who was portrayed in the top-grossing historical film in a negative light. In the movie, it was revealed how Aguinaldo’s presidential guards murdered Luna.

Abaya, who belongs to the administration’s Liberal Party (LP), said he would immediately file his resignation when the new President gets elected in 2016 to give him or her a free hand.

“I’m looking forward to taking care of my family and raising my kids,” he said. TVJ