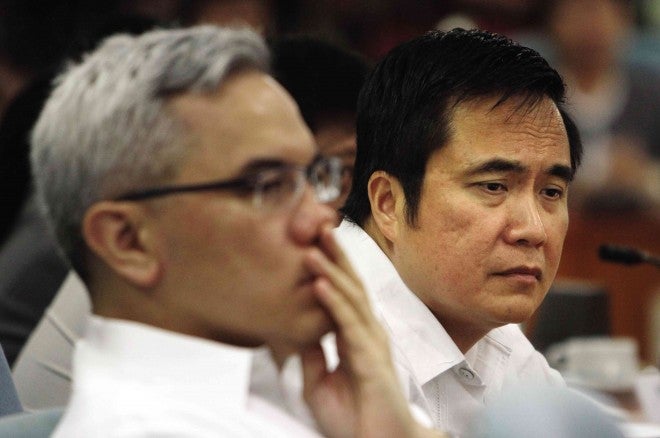 After getting drubbed on social media for saying that Metro Manila’s deteriorating traffic condition is “not fatal,” Transportation Secretary Joseph Abaya apologized Thursday, admitting that the remark “came across as reckless and insensitive.”

“I am aware that what I said has only added to the frustration and the suffering of the public. I am profoundly sorry for this,” he said in a statement.

In a TV interview Monday, Abaya noted that increased road congestion due to the Light Rail Transit (LRT) Line 2 extension project was “not fatal,” saying he did not think it would be a “burden” on people’s everyday lives.

Netizens quickly responded by calling him out of touch with reality and insensitive, even daring him to go out during rush hour without a police escort.

According to Abaya, the LRT 2 extension project was a crucial project, saying the P2.27-billion project would help serve an additional 75,000 daily passengers living in densely populated areas of Rizal province.

“While construction will take two years, this is precisely the infrastructure needed to ease traffic congestion in the area. Our goal in extending the rail system to Masinag is to provide a more efficient and reliable commuting option to those affected,” he said.

The Masinag Extension covers the construction of a 4-km elevated viaduct from Santolan in Pasig City to Masinag, Antipolo City. Two additional stations will be built: the Emerald Station in Cainta, Rizal, and the Masinag Station at the Masinag Junction in Antipolo City. Operations are set to begin by the third quarter of 2017, according to the transportation department.

Apart from the construction of the eastward extension to Masinag, two other major contracts are up for bidding to further improve and modernize the LRT 2 system’s services.

“With this apology, I wish to assure the public that we are well aware of the situation we all face every day. Please be assured that we are doing everything in our power and exerting the maximum effort to ease traffic in Metro Manila and the surrounding areas. Some of these solutions will take time,” Abaya said.