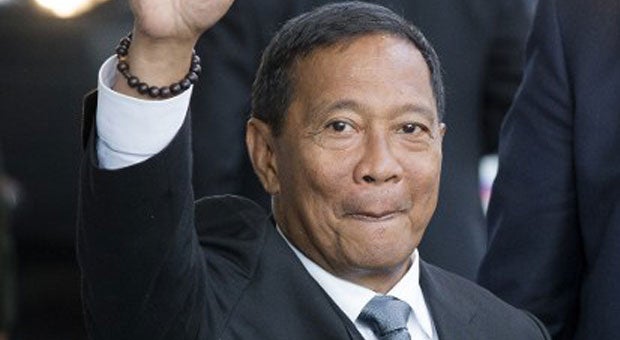 Vice President Jejomar Binay expressed his gratitude to his “core group” of supporters who helped him maintain his ratings in the latest Pulse Asia survey.

In an interview on the sidelines of the 22nd National Public Relations Congress in Makati where he was invited to be part of a question and answer forum, Binay said he owed his rating to his supporters who catapulted him to the vice presidency in the 2010 elections.

In the Pulse Asia survey conducted from Aug. 27 to Sept. 3 released on Sunday, 21 percent of 1,200 respondents chose Binay as their most preferred presidential candidate. In the previous survey, Binay was also second with 22 percent.

But it was Senator Grace Poe who topped the latest survey at 27 percent, maintaining her lead from the earlier survey conducted from May 30 to June 5 when she first topped the presidential surveys with 30 percent. Before that, Poe was just at 14 percent.

Binay said he has considerably maintained his lead compared to his two competitors Poe and Interior Secretary Mar Roxas, who was only starting to see their ratings increase in the two latest voters’ preference polls.

Asked if this was an advantage, he said yes because his ratings had not been fluctuating.

Binay got a 21 percent rating in the September survey, 22 percent in the June survey, and 29 percent in the March survey, which was the last time he led the Pulse Asia poll.

Binay refused to comment, however, on Roxas’ continuing increase in the surveys ever since President Benigno Aquino III anointed him as his candidate for successor in 2016.

In the latest survey, Roxas placed third with 18 percent, from 10 percent in the previous poll, and a mere four percent before that.

Binay said his campaign strategy would not change just because Roxas had been steadily improving his ratings.

As he is preparing his presidential bid, Binay with his son Makati mayor Junjun is facing graft investigation by the Ombudsman over the alleged overprice of the Makati Parking Building II and the Makati Science High School building during their terms as Makati mayor.