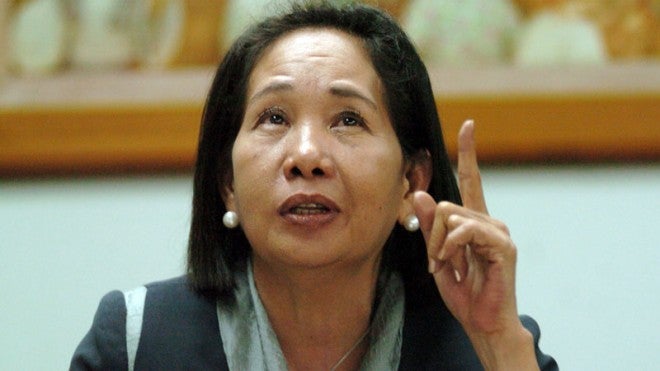 Hicap said he found out these anomalies during a fact-finding mission in 2013 to uncover land distribution anomalies at the Hacienda Luisita.

(The “aryendo” and the sham continue there so the beneficiaries are forced to pawn or lease their lands because there is coercion.)

The lawmaker said that the massive illicit lease agreements are happening at the Hacienda Luisita despite the 2012 Supreme Court decision for total land distribution to farmers.

(It is a clear violation of the Supreme Court ruling that prohibits the beneficiaries to pawn or sell the land they received from the (Comprehensive Agrarian Reform Program).)

He said sugar block farming is being used as guise to hide the massive aryendo at the Hacienda Luisita.

“Inaaryendo sa kanya (Torres) so sa kanya lahat ng control (It is leased to he, so she has full control),” he said.

Hicap said Torres won’t be brave enough to operate within the Hacienda Luisita without the blessing of the Conjuanco-Aquino clan.

“Hindi magagawa ito ni Virgie Torres kung walang basbas ng pamilay Conjuangco-Aquino (She won’t be able to do this without the go-signal of the Cojuangco-Aquino clan),” he said.

The allegations against Torres came after she was involved in an alleged effort to negotiate the release of smuggled Thai sugar worth more than P100 million seized by the Bureau of Custom (BoC).

With these findings, Hicap urged Aquino to order the immediate filing of appropriate criminal complaints against Torres.

READ: Aquino to Virginia Torres: If you stray from my path, we’re not friends

“The president should not stop at ‘burning bridges’ with Torres. He must not think twice in pursuing cases against her. She clearly violated the law by bargaining the release the 64 containers loaded with smuggled sugar seized by the BoC,” he said in a statement.
The lawmaker also pushed for further investigation to find out Torres’ connection with sugar smugglers.
“Torres will not be brave enough to pull this daring stunt without any connection in high level government offices,” he said. Nestor Corrales/IDL