Chinese jets in ‘unsafe’ intercept of US spy plane 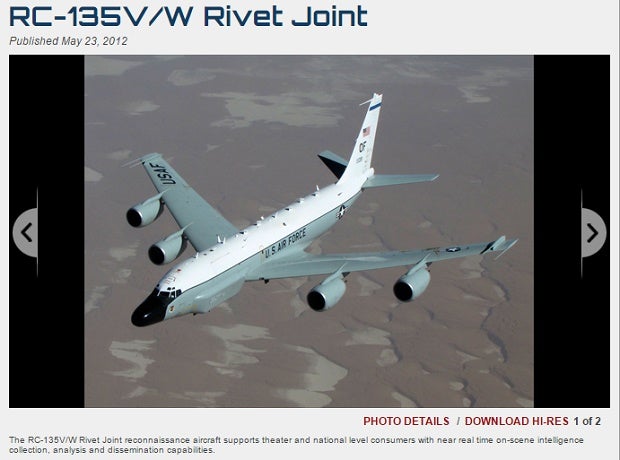 News of the close encounter came as Chinese President Xi Jinping began a state visit to the United States.

The incident occurred September 15 when the Chinese planes intercepted an American RC-135 reconnaissance aircraft and crossed directly in front of it, the official said, speaking on condition of anonymity.

Pentagon press secretary Peter Cook declined to give specifics about what happened but confirmed an incident had taken place.

“The pilot reported that he felt like the aircraft passed in front of his nose in an unsafe fashion,” Cook told reporters.