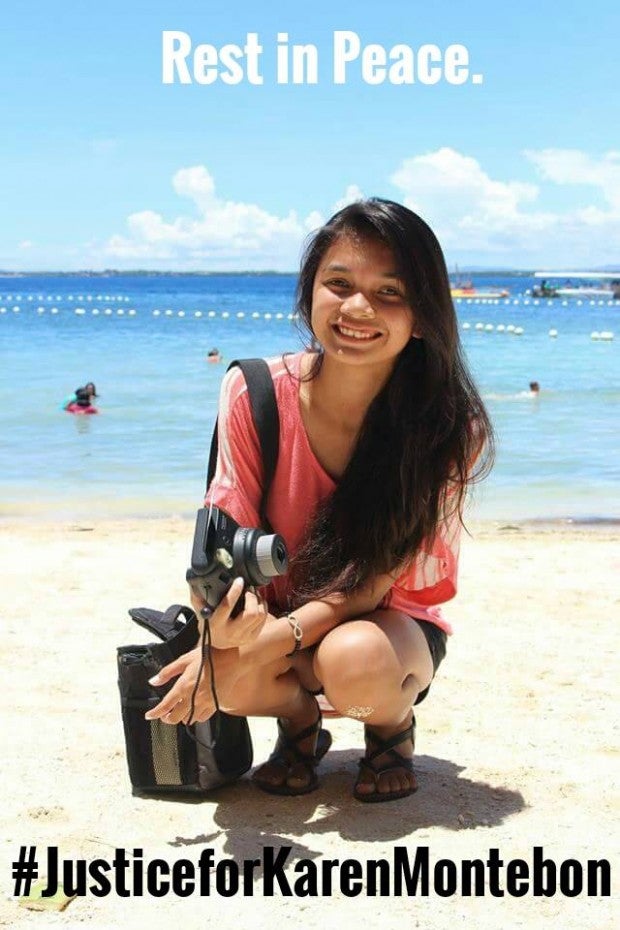 CEBU CITY, Philippines–The main suspect in the killing of 17-year-old accountancy student was killed about 5 p.m. on Tuesday on an island-village in Bohol province.

Before they could reach the house, the police heard bursts of gunfire. They later found Fernandez dead with gunshot wounds in the head and chest.

He said they didn’t know who killed Fernandez and what was the motives behind.

The police learned about the whereabouts of Fernandez from his live-in partner Jenalyn Soon who was picked up for questioning from her house on Olango Island in Cebu.

It turned out that Fernandez was hiding in the house of his sister on Nasingin Island.

Based on the investigation, Radoc said Fernandez was acting alone when he killed Montebon inside her room in his house in Corinthian Subdivision, Barangay Basak, Lapu-Lapu City on Sept. 15.

Soon told the police that she and Fernandez went to the house of the Montebon to ask if Soon’s sister who was based in Hawaii had sent money for them.

When they left the house, Fernandez dropped Soon and claimed that his motorcycle had ran out of fuel.

She said she didn’t know that Fernandez went back to the house of the Montebon and took the camera, iPad, necklace, earrings and PSP before killing the girl.

Radoc said they recovered the camera that had been pawned by Fernandez. TVJ