Grace Poe: No one has monopoly of ‘straight path’ | Inquirer News

Grace Poe: No one has monopoly of ‘straight path’ 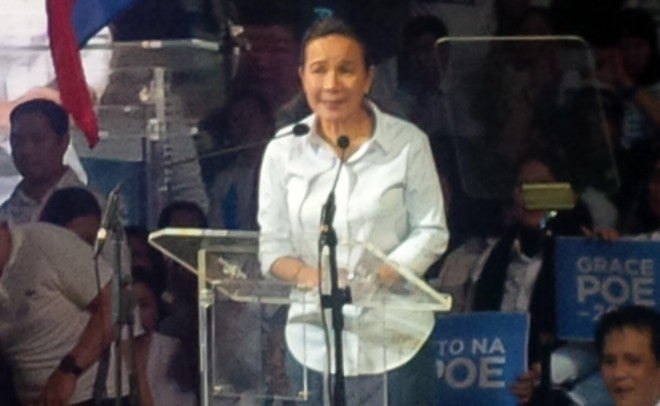 Alluding to the administration’s “straight path” reform, this was what Sen. Grace Poe said in her speech declaring a presidential bid at Ang Bahay ng Alumni on the campus of the University of the Philippines in Diliman, Quezon City Wednesday evening.

Poe said the fight against corruption in the government should not be advocated by a single person or party.

The lady senator, however, recognized the efforts of President Benigno Aquino III in curbing corruption in the country.

(I personally thank President Aquino because he restored our trust in a just leader.)

The ruling Liberal Party had been courting Poe to be the running mate of its standard-bearer, resigned Interior Secretary Mar Roxas. JE