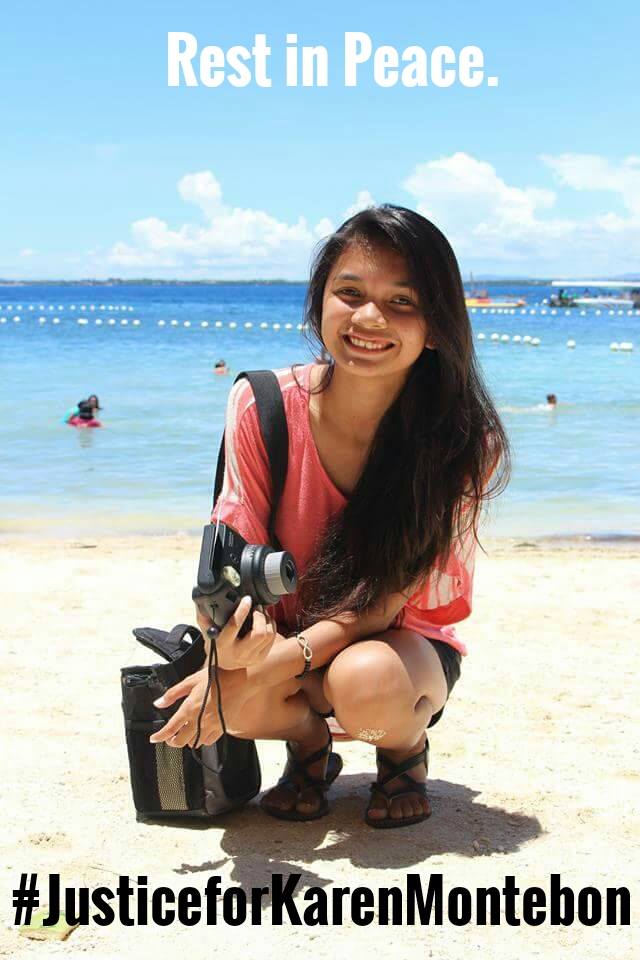 CEBU CITY–Police investigators in Lapu-Lapu City in Cebu are looking for leads that will identify the assailant who raped and killed a first year accountancy student inside their house on Tuesday.

Karen Kaye Montebon, 17, was found dead by her father, James, inside their house in Corinthians Subdivision, Barangay Suba-Masulog, Lapu-Lapu City when he arrived home from work around 5:30 p.m. on Tuesday.

Police believed that the crime happened around 7 a.m. to 8 a.m. when other members of the family left the house. The victim was supposed to leave for school at 10 a.m.

James was shocked to find the lifeless body of his daughter under her bed, with the cord of a hair straightener tied around her neck.

The victim’s iPod and DSLR camera were also missing.

James brought his daughter to Mactan Doctors’ Hospital where physicians confirmed that she was raped. Her underwear was found to be stained by blood.

An autopsy was scheduled to be conducted on Wednesday morning, according to PO3 Jerson Alparito of the Lapu-Lapu City Police homicide section.

As of 9 a.m., Alparito said the police had no suspects yet, but a pair of slippers was found outside the house of the victim.

In social media, the victim’s friends and fellow students from the University of San Carlos in Cebu City demanded justice for the victim using the hashtag #JusticeForKarenKayeMontebon. Jhunnex Napallacan