Tupas hits back at DSWD, seeks probe for Yolanda ‘anomalies’ 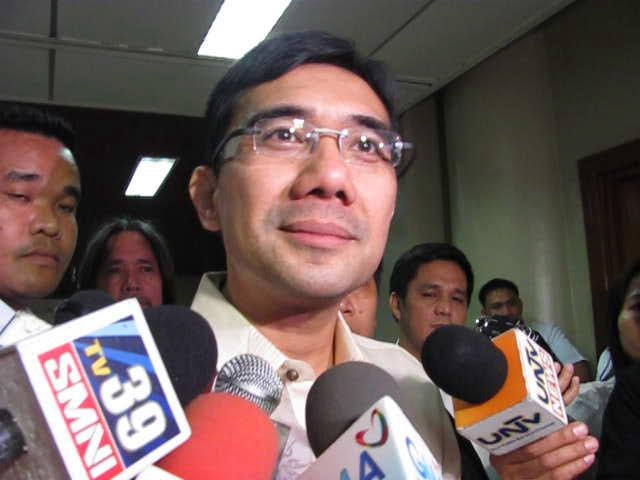 ILOILO CITY, Philippines — The Department of Social Welfare and Development (DSWD) should be investigated for anomalies in the distribution of the Emergency Shelter Assisance (ESA) funds for survivors of Supertyphoon Yolanda, Iloilo Rep. Niel Tupas Jr. said on Monday.

Tupas said the DSWD should not be conducting the investigation because the agency should be the one investigated over the matter.

He said Congress should investigate the agency.

DSWD Secretary Corazon Soliman earlier said she raised to the Liberal Party the participation of Tupas in the distribution of ESA in his district in Iloilo.

Tupas has condemned Soliman’s statement as “irresponsible” and insisted that it was his responsibility as a lawmaker to monitor the disbursement of funds appropriated by Congress. Nestor P. Burgos Jr.