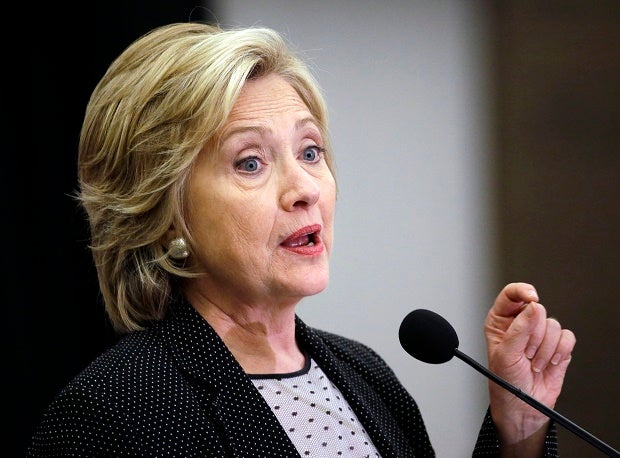 In this Sept. 10, 2015, photo, Democratic presidential candidate Hillary Rodham Clinton speaks at the University of Wisconsin-Milwaukee in Milwaukee. The Justice Department is affirming that Clinton had the right to delete personal emails from her private server. Government lawyers made the assertion in a court filing this week in a public records lawsuit filed by Judicial Watch, an advocacy group. AP

WASHINGTON — Former Secretary of State Hillary Rodham Clinton had the right to delete personal emails from her private server, the Justice Department has told a federal court.

Lawyers for the government made the assertion in a filing this week with the US District Court in Washington, part of a public records lawsuit filed by Judicial Watch, a conservative watchdog group that seeks access to Clinton’s emails.

Clinton, the front-runner for the 2016 Democratic presidential nomination, has been followed by questions about her use of a private email account for government business.

She has said that she sent and received about 60,000 emails during her four years in the Obama administration, about half of which were personal and deleted. The others were turned over to the State Department.

The FBI has been investigating the security of Clinton’s email setup, which she said she used as a matter of convenience. She has since acknowledged that her use of a private email server to conduct government business was a mistake and apologized this week.

Clinton asserts that she had the right under government rules to decide which emails were private and to delete them. This week’s filing puts the Justice Department’s approval on Clinton’s claim.

“There is no question that former Secretary Clinton had authority to delete personal emails without agency supervision — she appropriately could have done so even if she were working on a government server,” attorneys from the Justice Department’s civil division wrote.

Judicial Watch had requested a court order from the judge to preserve Clinton’s emails. But the Justice Department said there was no need for such an order given that Clinton had the right to delete personal emails and that those messages are not subject to the public records law.