Roxas on anniversary greeting: I didn’t mean to upset Zamboangueños 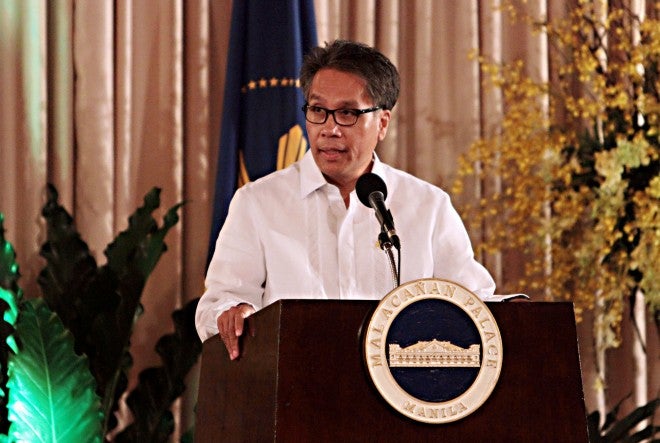 “Happy Anniversary” in connection with the siege of the city last 2013.

Some locals of Zamboanga and netizens took Roxas’ greeting in a Facebook post last September 9 “crazy” and “insensitive.”

(Our experience then tested the determination and the resolve of the residents of Zamboanga when rogue MNLF members tried to destroy the peaceful lives of the people there. The courage and discipline of the AFP and the PNP and the unity of the Zamboangueños are a testament to the triumph of law and of peace and order.)

“It was in this sense that I greeted our compatriots and comrades. To those who may have taken offense, none was intended,” said Roxas.

The original message, which had been changed after it was posted around 8:28 a.m. last Wednesday, was: “Hi fellow veterans of the Zamboanga siege, Happy anniversary. Just wanted to take a moment and reflect and thank you for your leadership and commitment to welfare of our people and country. Maraming salamat (Thank you). Being with you all those 21 days has touched me indelibly. Know that our country stands strong and our flag flies high because of you and the men and women like you. We battle on. Mabuhay ang Pilipinas.”

Few minutes after, the post was edited without the “Happy Anniversary” greeting.

The three-week siege left scores of people dead and injured and 120,000 residents displaced after the armed followers of the Moro National Liberation Front (MNLF) and its leader Nur Misuari attempted to take over Zamboanga City in September 2013.

Roxas on Friday is set to officially leave as the Department of Interior and Local Government secretary and will turn over the position to Samar district Representative Mel Senen Sarmiento. Julliane Love de Jesus/IDL

READ: Mar Roxas to turn over DILG post on Friday

Read Next
South Korean man gets 12 years for slashing US ambassador
EDITORS' PICK
In Borongan, nuns play hoops (not mahjong)
House energy committee chair Arroyo bats for cheap electricity
A laptop that maximizes your WiFi so you can maximize your productivity
Why Tagle is a leading papal contender
Powered by style, innovation and passion
KWF has no power to ban, censor written works – Lagman
MOST READ
Why Tagle is a leading papal contender
Zubiri on SRA mess: Shameful, disgusting
My neighbor FVR: From soldier to president
Arjo Atayde reveals proposal to Maine Mendoza was ‘more than a year’ in the making
Don't miss out on the latest news and information.