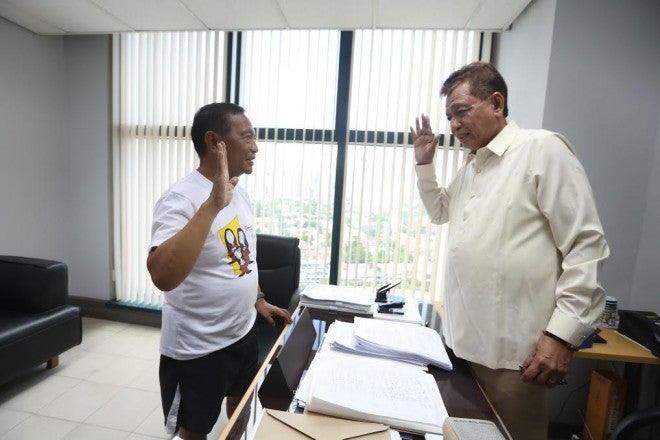 Binay said he filed the charges against Mercado and Trillanes over their “false, malicious and defamatory accusations” against him.

Binay has been accused of receiving kickbacks in a deal involving the Boy Scouts of the Philippines by Mercado, and through nonexistent senior citizen beneficiaries of Makati City by Trillanes.

“The Vice President believes in our criminal justice system and is abiding by the rule of law in order to prove that his accusers are liars and political opportunists,” said Joey Salgado, head of the vice president’s media affairs. Nestor Corrales/RC