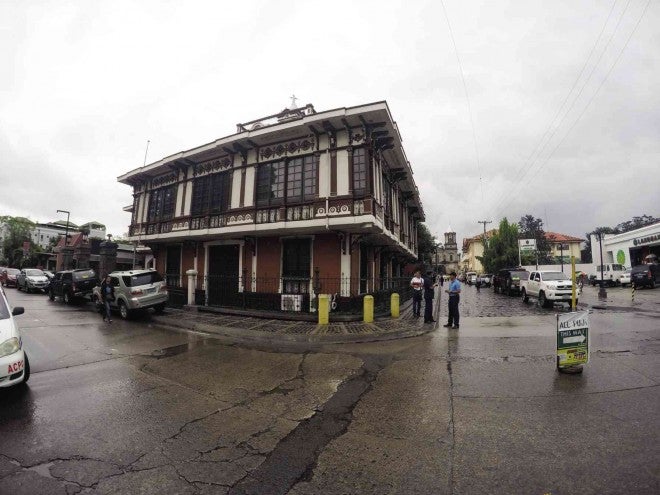 ANGELES CITY—A wedding gift in feudal times, the seat of the first Philippine Republic on the run, venue of the first anniversary of the declaration of Philippine Independence in 1898, and a Central Bank repository since 1981, the Pamintuan mansion here took in another use.

On Aug. 24, it became the Museum of Social Science and History of the Philippines, the country’s first, said Bettina Arriola, a curator with the National Historical Commission of the Philippines (NHCP), the proponent of the project.

Located at Santo Entierro and Miranda Streets, which is part of the soon-to-be declared heritage district of Angeles City, the mansion now presents different aspects of Filipino life in nine galleries.

Gallery 1 tells the history of the Pamintuan mansion while Galleries 2 and 3 showcase the country’s native textiles and fashion, as well as accessories and weaving tools.

Architectural designs and traditional furniture can be found in Galleries 4 and 5. Traditional Filipino songs can be listened to in Gallery 6 while Filipino games are featured in Gallery 7.

The NHCP spent P22 million for the renovation of the mansion and establishment of the museum itself, Arriola said.

The mansion was built by Mariano Pamintuan and Valentina Torres in 1890 as a wedding gift to their son Florentino. In 1899, it served as the headquarters of Gen. Antonio Luna and the seat of the Philippine Republic.

The first anniversary of the declaration of Philippine Independence was celebrated there on June 12, 1899. By November 1899, American Gen. Arthur MacArthur used the mansion as his headquarters.

In World War II, the mansion was occupied by Japanese Kamikaze suicide pilots before it was turned into a clubhouse of the United Services Organization Inc. in 1946 and a hotel in 1949.

In 1959, the Pamintuan family sold the mansion to Pedro Tablante and the local government of Angeles leased the property until 1964. The Central Bank of the Philippines bought the mansion in 1981 and used it a regional

The mansion was officially turned over to the NHCP on June 17, 2010.

“We are inviting everyone especially students to visit our museum because this is an interactive one. Both young and old will enjoy as they will see the practices of the past in our galleries,” Arriola said.

Admission is free but donations are accepted.

The museum, which is near the Museo ning Angeles run by the Kuliat Foundation and the Kapampangan Museum of the Holy Angel University, is open daily from 8 a.m. to 4 p.m. Group visits are encouraged to be coordinated with their office through (045)304-4042 or e-mail at mpsh

The museum can draw about 500 visitors daily, a number that Mayor Edgardo Pamintuan said would boost tourism and the local economy.