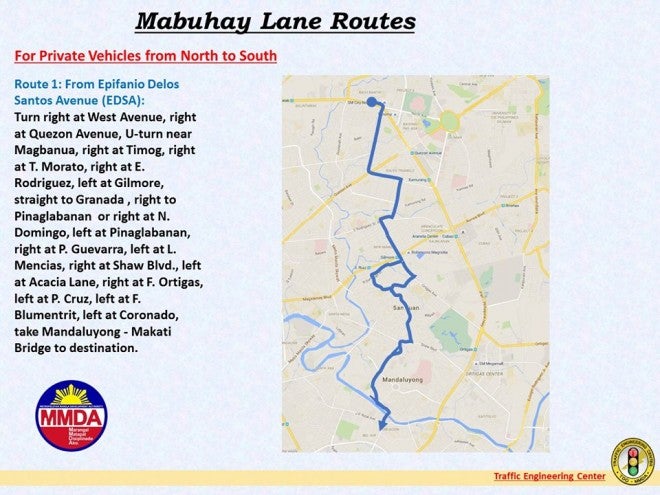 The Metropolitan Manila Development Authority has opened 17 “Mabuhay lane” routes or express lanes in a bid to ease the traffic situation in the metropolis.

The Mabuhay routes aim to reduce road congestion in the National Capital Region’s major thoroughfares, which is expected to worsen in the Christmas season.

For private vehicles from north to south 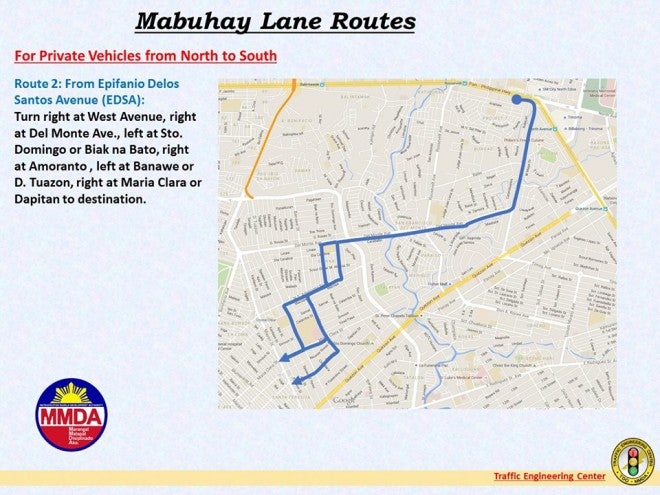 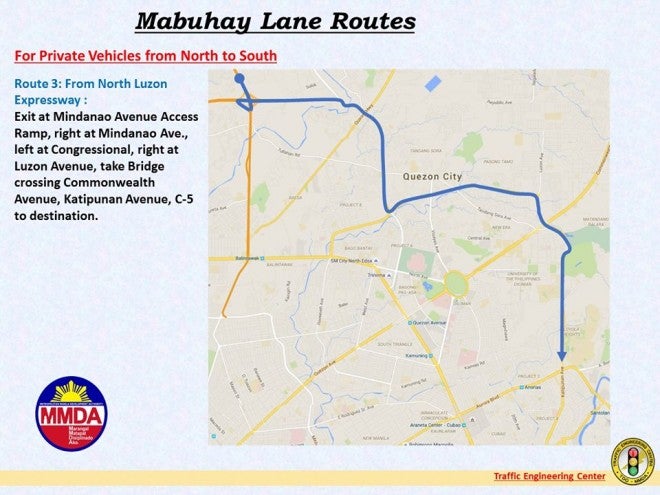 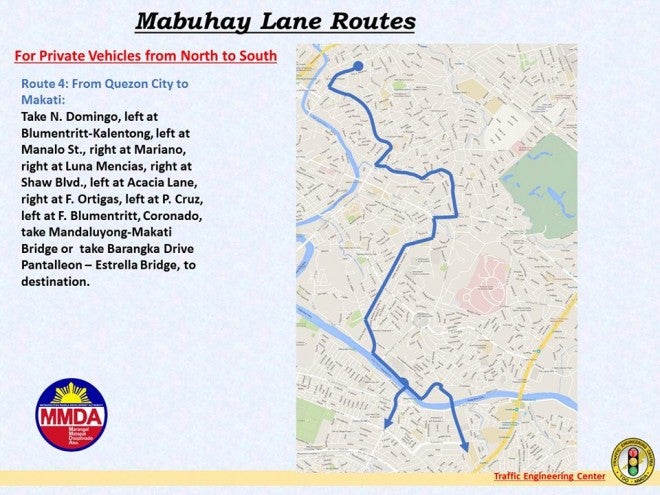 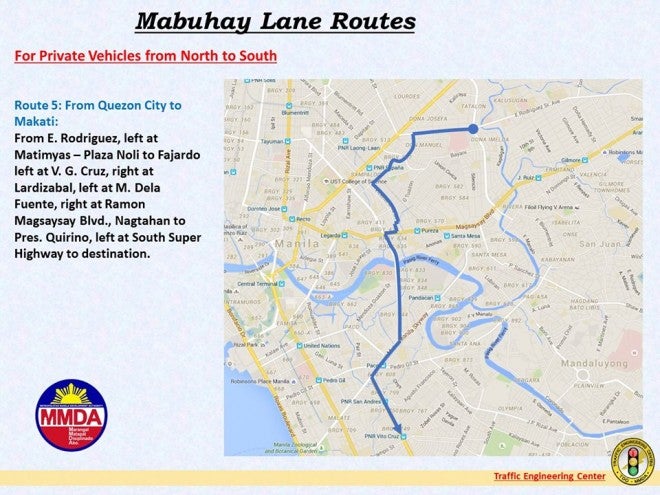 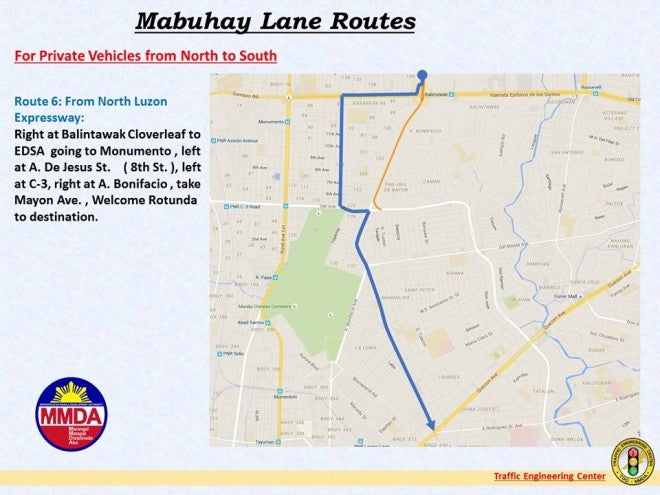 For private vehicles from south to north 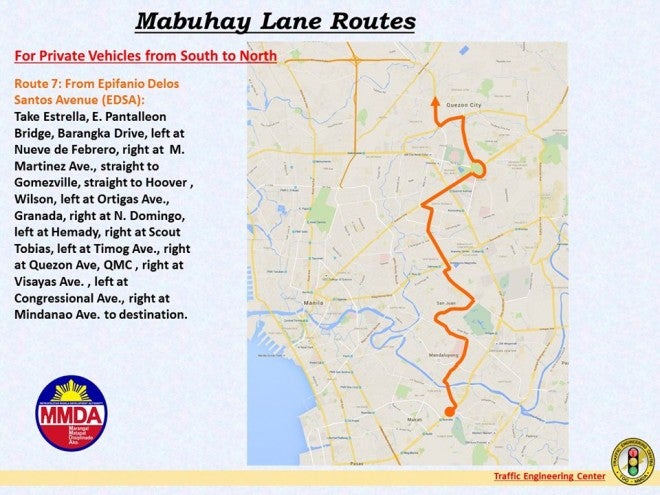 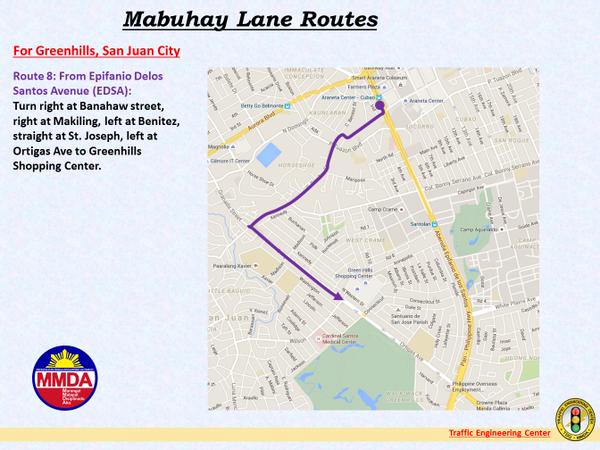 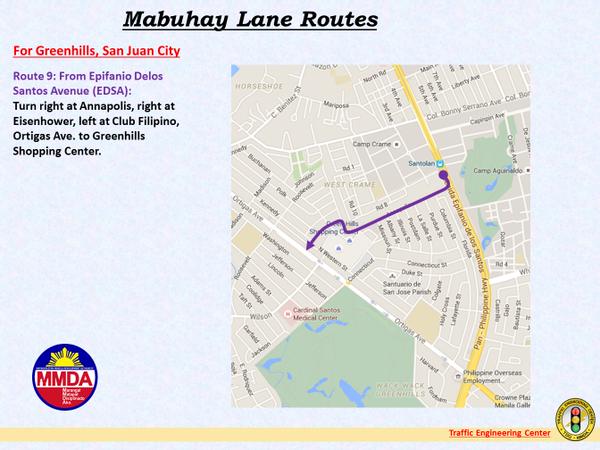 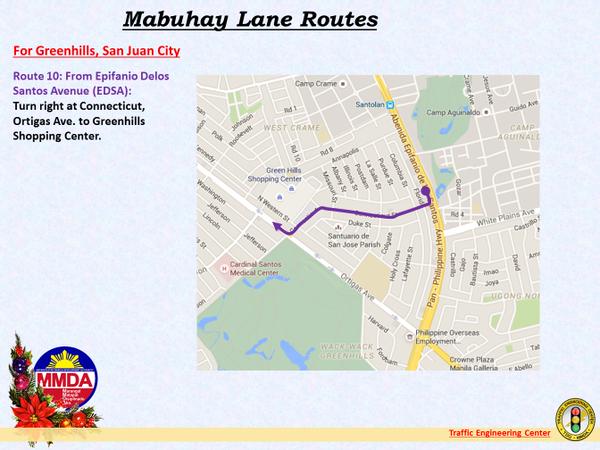 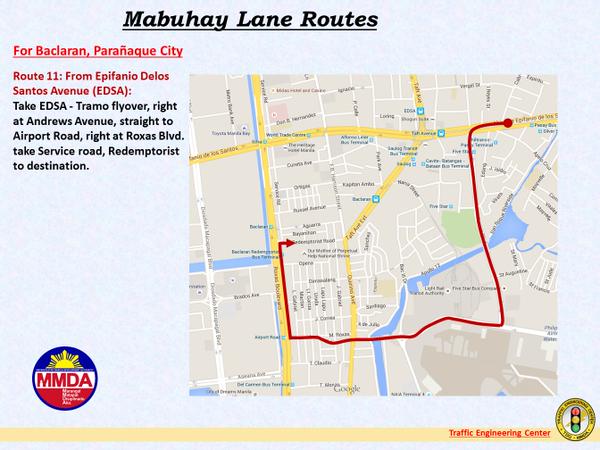 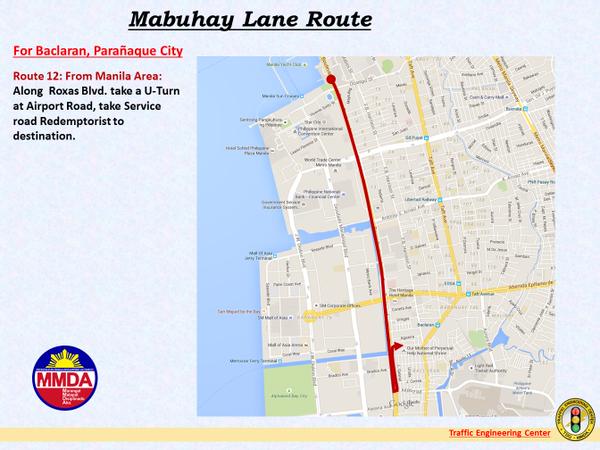 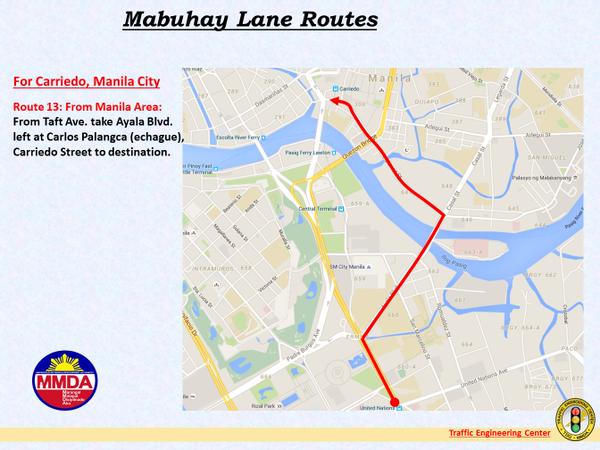 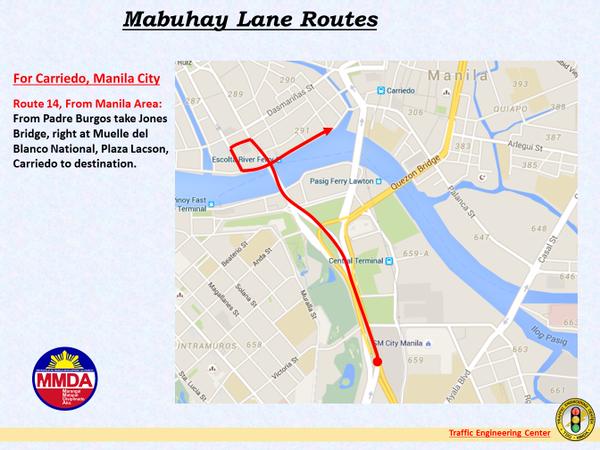 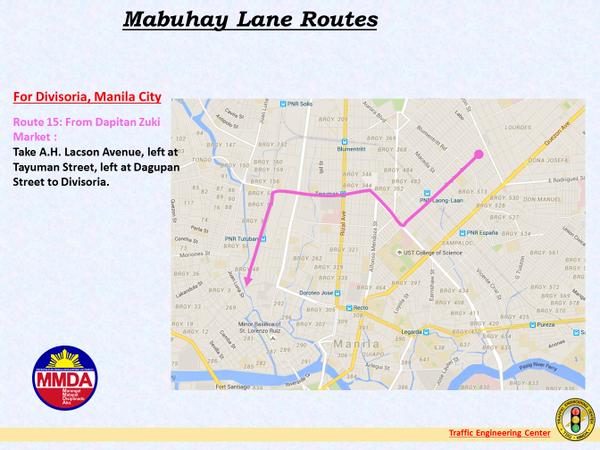 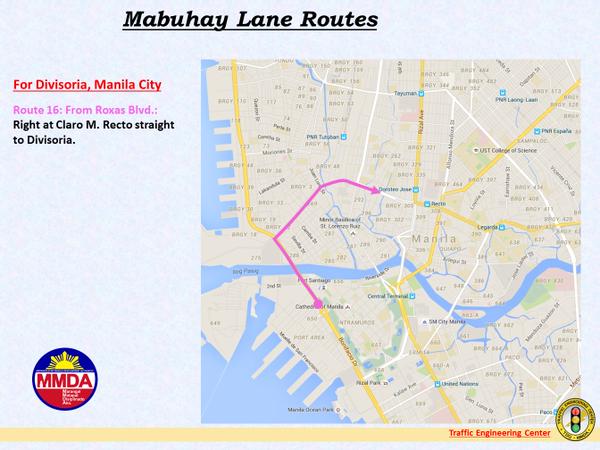 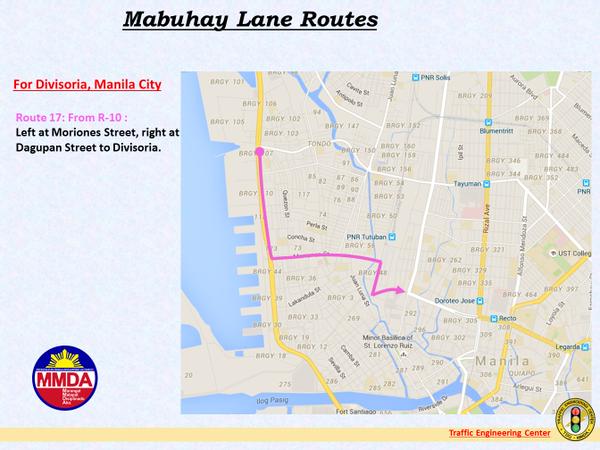 Route 17: (From R-10) Left at Moriones Street, right at Dagupan Street to Divisoria

The government has earned flak from commuters and motorists over the past months for the worsening traffic situation in the metropolis.

As a response, President Benigno Aquino III has assigned the Philippine National Police’s Highway Patrol Group to take over MMDA’s duty of manning the traffic on Edsa’s six major chokepoints, drawing both positive and negative feedback from the public. Yuji Vincent Gonzales / CB