Militia in lumad killings a ‘monster created by military’ 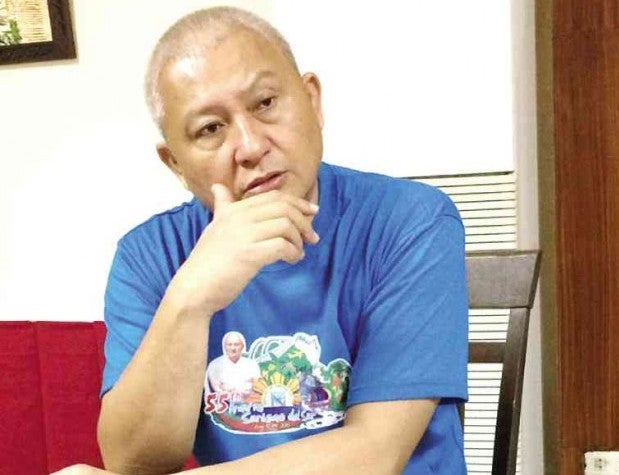 At least 2,000 residents from the village of Diatagon fled their homes after members of the Magahat-Bagani — allegedly accompanied by soldiers — killed Emerico Samarca, executive director of the Alternative Learning Center for Agricultural and Livelihood Development (Alcadev) in the morning of Sept. 1.

Samarca was found dead inside a classroom. He had a stab wound and his throat was slit open.

Alcadev is a privately operated but government-regulated learning institution that provides basic and technical education to lumad children in communities rarely reached by government services.

After killing Samarca, the armed men gathered the residents and killed Dionel Campos and his cousin Aurelio Sinzo.

Campos was a community leader and chair of the indigenous people’s group Maluhutayong Pakigbisog Alansa sa Sumusunod (Mapasu), which is known to fight for ancestral land and campaign against human rights violations targeting indigenous people.

The Magahat-Bagani also razed the building of a community cooperative not far from the school compound.

Pimentel said the Magahat-Bagani force, which is composed of at least 30 heavily armed men, had been a persistent security problem in the province.

“They killed people including barangay leaders. They are the same people creating chaos in at least four towns,” Pimentel told the Inquirer by phone.

Pimentel disclosed that the people and the government knew very well that the paramilitary group was created by the Armed Forces of the Philippines.

“This is the creation of the military. But they created a monster that they could no longer control,” Pimentel said.

The governor explained that the creation of the Magahat-Bagani Force was part of the military’s counterinsurgency campaign.

“The Bagani is being used by the Army for counterinsurgency,” Pimentel said.

“I know how it works,” said the governor.

“Before the group was created and before training started, I already learned about that. The same thing happened in Patukan (in Compostela Valley) and other areas. Where will they (Bagani) get the money? An Armalite rifle costs at least P150,000. The firearms came from the Army,” he said.

The governor said he has been pleading to the military to disband the Bagani.

“For the past two years I have been asking the military to disband and disarm them but nothing happened,” Pimentel said.

“When will you act on it? The Bagani should be disbanded,” Pimentel recalled telling the military officers during the meeting, warning of the Bagani going on a rampage.

Just as Pimentel had predicted, the killings happened in Lianga.

Pimentel identified the leaders of the Magahat as Marcos Bocales, Bob Tejero and Loloy Tejero, while the leader of the Bagani force as Calpet Egua, who is based in Agusan del Sur.

The governor said he ordered the arrest of Bocales in 2009, but local authorities could not catch up with him and his followers, despite them usually being “seen inside the camp” of the military.

“If only I can, I would declare war on them,” said Pimentel. “I want Bocales and Tejero dead because the people are pitiful. It’s too much already,” he added.

The military had denied allegation it was behind the militia and even vowed to support an investigation.

Purisima, in an earlier press statement said more soldiers had been sent to help investigate the killings in Lianga and “go after the perpetrators.”

“We shall not let these criminals roam and threaten the peace-loving people of Surigao del Sur. We will let them face the crimes they’ve committed,” he added.

For his part, Lactao said the killings had affected the peace programs of the provincial government.

“We condemn the crime committed by this armed group. It is very unfortunate that this situation happened,” Lactao said.

“We will support and participate in the conduct of this fact finding mission and the ongoing investigation by the PNP to give justice to the victims of this crime,” Lactao added.

But Pimentel said the support that he needed from the military was the immediate disbandment of the militia and the prosecution of those behind the killings.

The provincial government is also asking AFP chief of staff Gen. Hernando Irriberi, who is from Surigao del Sur, to intervene and exact accountability over the alleged abuses of the militia and the role of the military in its operations.