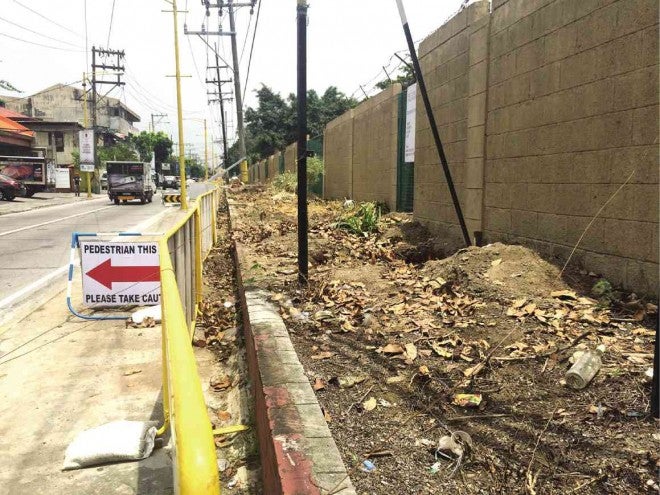 GREEN TURNING GRAY. The once tree-lined sidewalk of South Avenue along the walls of Manila South Cemetery is now clear of “obstructions” and ready for paving under a road-widening project in Makati City. The city government issued a permit last month for the removal of the trees. MARICAR B. BRIZUELA

At least 187 trees had been cut down or earthballed to give way to a road-widening project linking the Makati Central Business District to a development site of Ayala Land Inc. (ALI), the Inquirer learned.

The city government’s Department of Environmental Services (DES) issued a permit for the trees’ removal on Aug. 19, according to DES District 1 area manager Reginald Millarez.

The city government allowed ALI to cut 38 mahogany trees and earthball 149 others that had grown along South Avenue, from Metropolitan Avenue to Kalayaan Avenue, the road bordering Manila South Cemetery.

“We proposed that the majority of the trees be earthballed and transferred to other locations, but the bigger trees had to be cut down,” Millarez explained in an interview on Friday.

Through earthballing, a tree is dug out of the ground to be replanted in another location with its root system intact.

The trees were removed to give way to the road-widening project along South Avenue, wherein an additional lane will be opened leading to the former Sta. Ana Race track, a riverfront area now called Circuit Makati.

ALI has indicated in its Circuit Makati development plan that the road widening is part of efforts to improve access to the project. The company also promised to do landscaping works on the affected part of the road.