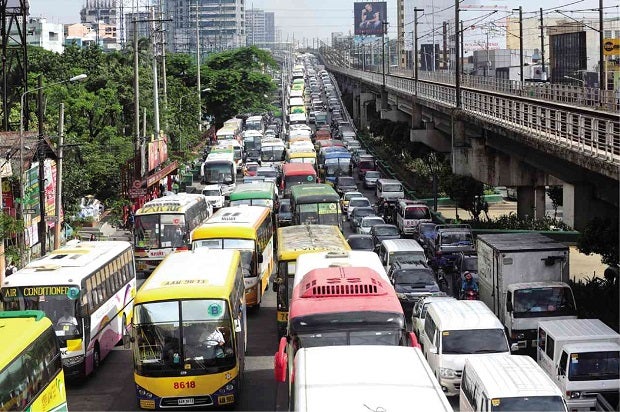 Now that solving Edsa traffic is in the hands of the police, expect to see more cops — armed with handguns — along Metro Manila’s longest and busiest thoroughfare starting September 7, Monday next week.

This was after no less than President Benigno Aquino III tapped the Highway Patrol Group (HPG) of the Philippine National Police as the “lead traffic law enforcement agency” in Edsa.

In an interview on Wednesday, HPG director Chief Superintendent Arnold Gunnacao said the police unit will deploy 96 personnel on six major intersections considered “chokepoints” on Edsa with support from the local police.

“This morning, I coordinated with the district directors of the National Capital Region Police Office and they will be augmenting us with at least 10 personnel per chokepoint. Amenable naman sila dahil alam nilang this is a big responsibility and I need their help, (They were amenable to the [role] since they are aware that this is a big responsibility.)” Gunnacao said.

In each chokepoint, Gunnacao said there will be at least 10 personnel; eight will come from the HPG while the remaining others will be from the local police.

Addressing the perennial traffic jams of Edsa, Aquino ordered police intervention in the implementation of traffic laws and regulation, which has been solely performed by the MMDA for years.

“Of course, [we are pressured]. There were proposals to solve the traffic [problem], but [it would take] a period of six months. This time, the President wants immediate results,” said Gunnacao.

But does the order from the President mean that the MMDA is not performing their duty well? Gunnacao explained that “history says that when the HPG were manning Edsa, drivers were scared of policemen so they [followed traffic] rules and regulations.” Julliane Love de Jesus, INQUIRER.net