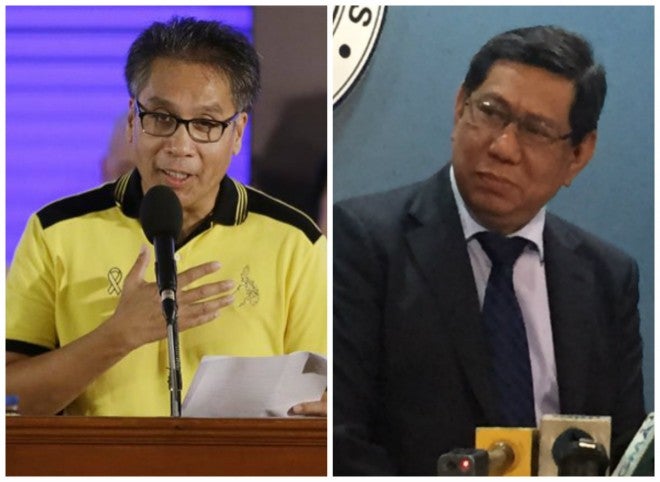 Interior Secretary Manuel “Mar” Roxas II has topped a Liberal Party (LP)-commissioned survey on the voter’s preference for president in 2016.

Speaking to reporters, LP stalwart and Caloocan Rep. Edgar Erice disclosed that the LP did a one-to-one survey between Roxas and Vice President Jejomar Binay.

Erice said the survey was conducted only between Roxas and Binay because they were, so far, the only candidates who have declared their presidential ambitions.

He said Roxas got 53 percent while Binay had 37 percent. Ten percent remained undecided.

The survey was conducted among 1,200 respondents nationwide right after Aquino endorsed Roxas.

He said the question was, “If the elections were held today, who will you vote for President?”

Erice, however, did not disclose the polling firm the LP commissioned, adding that it was commissioned “to come up with a campaign strategy.”

He said that ratings of Roxas surely went up after Aquino anointed him to be his successor.

Asked whether they have already decided on Roxas’ tandem, he said they are still courting Senator Grace Poe.

“Sana ma-enlighten siya na hindi ganoon kadali mamahala ng isang bansa (I hope she becomes enlightened about the fact that it’s not easy to govern a country),” he said. JE