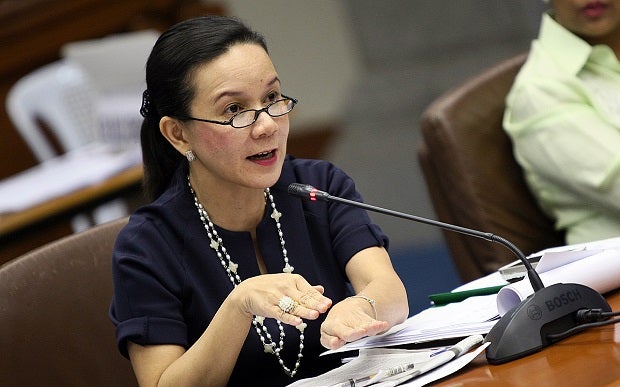 Sen. Grace Poe clarified Tuesday that she was not pandering to the Iglesia ni Cristo but was defending the rights of everyone to voice their grievances, when she spoke last week on the controversy involving the sect.

“This is not about the strength of just one group. This is the right of anyone who wants to speak about what they have in mind, as long

as it’s done peacefully and in the framework of the law,” Poe said on Tuesday, speaking in Filipino.

“I was just encouraging transparency and dialog,” she said.

The senator was reacting to the criticisms against her when she justified the INC’s four-day mass action that ended last Sunday.

The INC had infuriated the commuting public after it staged massive rallies in Manila and on Edsa to demand the resignation of Justice Secretary Leila de Lima for her alleged special interest in going after leaders of the sect who are in turn facing the serious illegal detention of expelled INC minister Isaias Samson Jr. and his family.

Poe, who is rumored to be aspiring for the presidency, said that the INC was just defending its faith and that she respected its rights, going on to ask De Lima to face the protesters and explain the situation.

For her statements, Poe was savaged by angry netizens in social media.

Speaking to reporters on Tuesday, Poe said it was sad that some people may have a different understanding of her statements.

“I was defending the rights of everyone, whatever your religion, if you’re a member of the INC, a Catholic or Muslim or even a group of farmers. There are many who are sacrificing in the name of democracy just to state their grievances,” she said.

She said that from the start she had said a dialog between the INC and De Lima would help “so that the situation would not escalate.”—Christine O. Avendaño