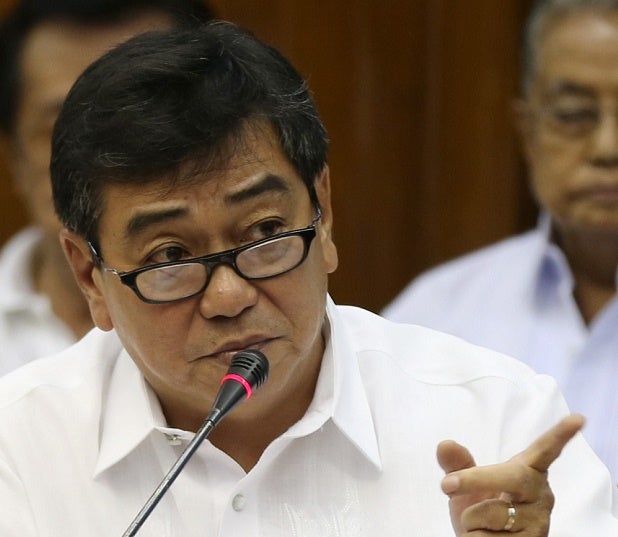 A former political rival of Vice President Jejomar Binay on Tuesday filed graft and plunder charges against him and suspended Makati City Mayor Jejomar Erwin “Junjun” Binay over the anomalous deal between University of Makati (UMak) and the Systems Technology Institute (STI).

Bondal said the respondents had committed plunder, malversation of public funds, graft and violation of Republic Act 9784 or the Government Procurement Reform Act.

In December 2003, the government of Makati and STI created Philippine Health Educators Inc. (PHEI) to manage the UMak’s College of Nursing.

Bondal said the creation of PHEI was not necessary, citing it only became a venue for corruption among the respondents.

He claimed that the public respondents conspired with one another, together with the private respondents, and “diverted, misappropriated and/or funneled the [tuition], miscellaneous fees and other funds intended for the College of Nursing of the University of Makati” amounting to P547, 420, 499 to PHEI.

To expedite their accumulation of ill-gotten wealth, Bondal said thousands of students from UMak’s College of Nursing were grossly overcharged of their tuition, which supposedly ranged from P32,850 to P40,000, whereas the other colleges’ tuition is at P1,500 per semester for Makati residents and P3,000 per semester for non-residents of Makati.

He claimed that no improvement was seen in the nursing program despite this.

Bondal also included in his complaint that PHEI paid P127 million in professional fees to STI while they received P110 million cash dividends from the same period.

He said PHEI should not have paid professional fees to STI because it was supposed to be a joint venture.

Bondal said suspended Mayor Binay was included in the complaint because he allegedly “tolerated” the anomalous arrangement among UMak, PHEI and STI. Nestor Corrales, INQUIRER.net/CDG