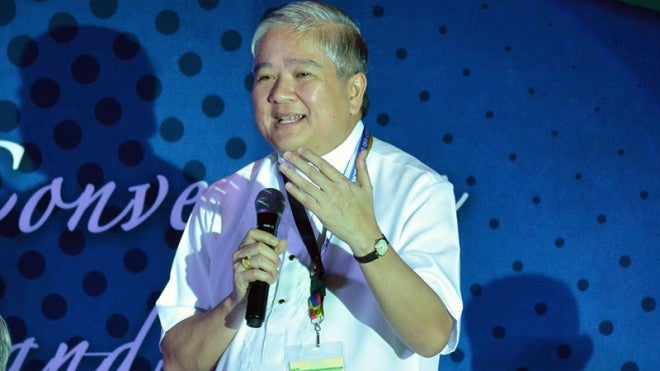 The Catholic Bishops’ Conference of the Philippines (CBCP) on Sunday appealed to politicians to refrain from exploiting or stoking the Iglesia Ni Cristo (INC) protest against the Aquino administration.

Lingayen-Dagupan Archbishop Socrates Villegas, the CBCP president, also urged the Catholic faithful to be charitable in the face of the INC crisis by refraining from spreading rumors and inflammatory statements.

“No Catholic should fan the flames of dissension by rumormongering and by inflammatory statements. Let’s all be kind in disposition, respectful in speech and prudent in action,” Villegas said in a statement Sunday on the fourth day of the protests.

The statement was a guideline offered by the Church hierarchy as to what the Catholic faithful and Filipino citizens in general must do as their brothers and sisters in INC continued to flock on Edsa-Shaw in Mandaluyong City.

“No to opportunism,” Villegas stated. “No politician should gain political ground by abetting dissension or, worse, fostering disregard of the Constitution and the law.”

“Neither is it morally correct for any political party to aim at gaining an advantage by controlling a religious sect known to propose to its members a chosen set of candidates,” Villegas continued.

INC members were protesting Justice Secretary Leila de Lima’s handling of a criminal complaint of serious illegal detention filed by expelled INC minister Isaias Samson Jr. against the sect’s governing council. INC said De Lima’s actions were a breach of the “separation of the church and the state” doctrine.

Villegas asked the Catholic faithful to “pray without ceasing” for a peaceful and just resolution of the ongoing dispute in a manner both pleasing to God and in conformity with the democratic convictions articulated in the Constitution.

“We ask that all respect the sacred character of the Edsa Shrine,” he said. INC protesters had earlier gathered on the shrine at the corner of Edsa and Ortigas Avenue. Jocelyn R. Uy