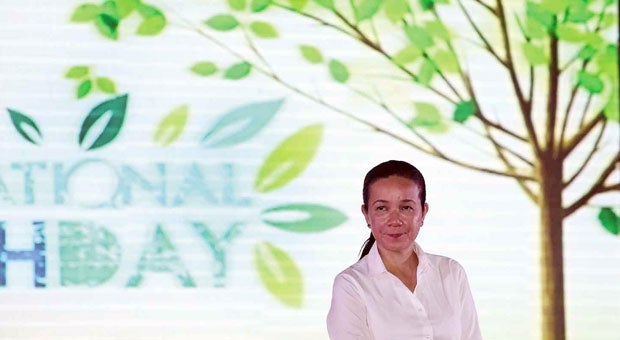 For publicly supporting the Iglesia ni Cristo in its protest against Justice Secretary Leila de Lima, whose office has received a criminal complaint against its leaders accused of serious illegal detention, Senator Grace Poe may have violated the anti-graft law, a counsel for former INC minister Isaias Samson Jr. said.

Poe, in a statement, had said she was wondering why Justice Secretary Leila de Lima was focusing on the complaint filed by Samson when the Department of Justice still had to resolve other cases while there were no witnesses yet in Samson’s case.

Poe added that De Lima should explain the merits of the INC case to the public and why the DOJ was handling it.

The senator, echoing the same line of the Iglesia protesters, then urged the DOJ to instead give attention to other cases, such as the Mamasapano incident.

Lawyer Trixie Cruz-Angeles said the statement of Poe violates Section 3(a) of the Anti-Graft Law.

Section 3(a) of the said law, which considers as a crime acts of “persuading, inducing or influencing another public officer to perform an act constituting a violation of rules and regulations duly promulgated by competent authority or an offense in connection with the official duties of the latter, or allowing himself to be persuaded, induced, or influenced to commit such violation or offense.”

“It is an act of graft if someone asks the DOJ not to act on a criminal complaint,” Angeles said in a statement.

Angeles said public officials should urge people to respect the rule of law and follow the legal processes instead of supporting moves to prevent the DOJ from acting on criminal charges.

She said the DOJ should proceed with the preliminary investigation on the criminal charges (serious illegal detention) filed by Samson and his family against certain leaders of the INC.