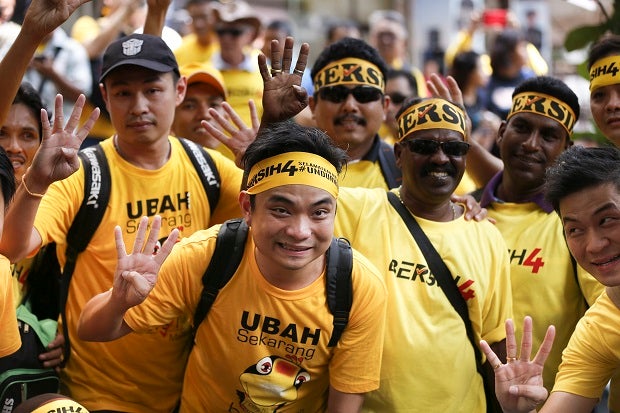 The crowds are undeterred by police presence after authorities declared the rally illegal, blocked the organizer’s website and banned yellow attire and the logo of Bersih, the coalition for clean and fair election that’s behind the protest.

Najib has been fighting for political survival after leaked documents in July showed he received some $700 million in his private accounts from entities linked to indebted state fund 1MDB. He says the money was a donation from the Middle East.

Najib also has fired his deputy and four other Cabinet members who opposed him, as well as the attorney general investigating him.