As of posting, thousands of INC members continue to mass up in several parts of Epifanio delos Santos Avenue, particularly on Ortigas Avenue near the Edsa shrine and in Shaw Boulevard.

The INC leadership mobilized its members to hold a protest before the Department of Justice for Justice Secretary Leila de Lima’s interference in the internal affairs of the influential religious sect.

Up to 4,000 protesters have gathered in front of the DOJ building along Padre Faura Street in Ermita, Manila since Thursday afternoon.

The Philippine National Police said, like in all mass actions, policemen will enforce maximum tolerance in dealing with protesters.

Sought for comment, Interior Secretary Manuel “Mar” Roxas II said: “I understand the NCRPO in handling it in the usual manner as other such mass actions. Maintaining peace and order, (enforcing) maximum tolerance and patience.” Julliane Love de Jesus, TVJ 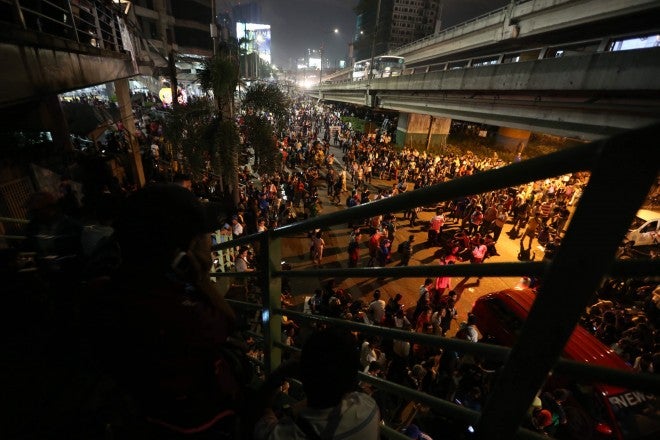 Philippine National Police is on full alert status in Metro Manila following the staging of a protest by members of Iglesia ni Cristo at the Edsa shrine. REM ZAMORA