Peace in Mindanao a global concern 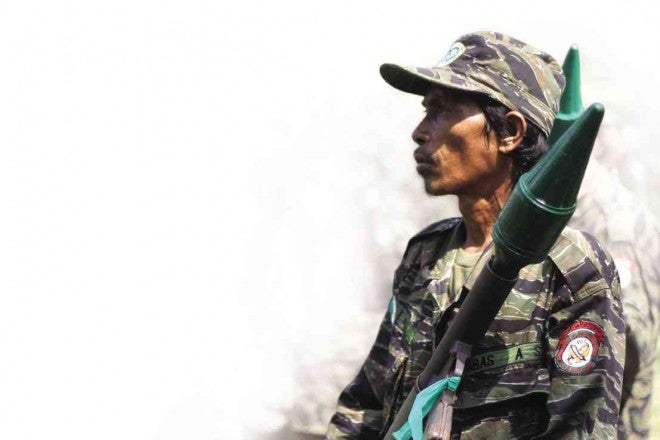 The war reopened old wounds and dimmed hopes of ending decades of Moro rebellion. It also meant the increased involvement of the global community to brighten the prospects for peace.

Today, the international actors are more enthusiastic at seeing closure to the conflict than the country’s legislators who are heating up for the 2016 political derby.

The TPMT is led by Alistair B. MacDonald, former European Union ambassador to the Philippines.

The House of Representatives has been grappling with the problem of lack of quorum to continue plenary debates on the proposed Bangsamoro Basic Law (BBL), even as the clock is ticking for the BBL passage, which President Aquino wants in October.

“While it is difficult for those inside the country to appreciate [the peace process], those outside are enthusiastic,” government chief negotiator Miriam Coronel-Ferrer told Manila-based journalists during a training session in May.

Greater international involvement in the peace process after the 2008 war came largely as a guaranty mechanism to ensure that the parties fulfill the consensus reached on the negotiating table.

In September 2009, the parties established the International Contact Group (ICG) composed of representatives from four foreign governments and another four from the civil society.

The ICG counts as members Saudi Arabia, the United Kingdom, Turkey and Japan, and The Asia Foundation (TAF), Center for Humanitarian Dialogue, Muhammadiyah and Conciliation Resources. TAF has moved to the TPMT and was replaced by the Vatican-based Community of Sant’Egidio.

Apart from Malaysia as a facilitator, eight more independent entities have full access to the negotiations, boosting its chances of success.

In later stages, international support was also employed to help the parties implement the various aspects of the Comprehensive Agreement on the Bangsamoro. One is the creation of the Canada-led International Commission on Policing, which outlined recommendations on the structure and functioning of the Bangsamoro police.

Still another is the Swiss-led Transitional Justice and Reconciliation Commission.

According to Ferrer, foreign governments are keen on seeing peace in Mindanao to help isolate extremism and fundamentalist ideologies.

The MOA-AD sought to define in concrete terms the Moro people’s homeland over which they would exercise self-governance through a political entity that would still be part of the Philippine state. It was a key document that took three years and eight months to prepare.

Even hard-line secessionists had a high regard for the MOA-AD. Ameril Umra Kato, the late founder of the Bangsamoro Islamic Freedom Fighters, told the Inquirer in 2009 that he supported the MOA-AD “even if it’s not [for] independence or separation as it will lessen the political and economic dominance of the Philippine state over the Moro people and their homeland.”

But the impending deal was regarded differently by the poorly informed public who harbored fears of the country’s dismemberment. Politicians styling themselves as saviors of the republic trooped to the Supreme Court to thwart it.

Initialed by the chief negotiators, the document was ready for signing on Aug. 5, 2008, in Kuala Lumpur in the presence of diplomatic dignitaries, but the Supreme Court ruled against it.

“If only there could also be a temporary restraining order on that armed conflict in Mindanao,” legal scholar Soliman Santos Jr. wrote in a Philippine Law Journal commentary in 2009.

Amid mounting public pressure, the unpopular President Gloria Macapagal-Arroyo backed down from the deal. By October, the court declared the MOA-AD unconstitutional, stoking the fire of war in Mindanao.

“It was unfortunate that President Arroyo took the populist road in deciding the fate of the MOA-AD,” recalled Candido Aparece, spokesperson of Mindanao Civil Society Organizations Platform for Peace. (To be continued on Monday.)