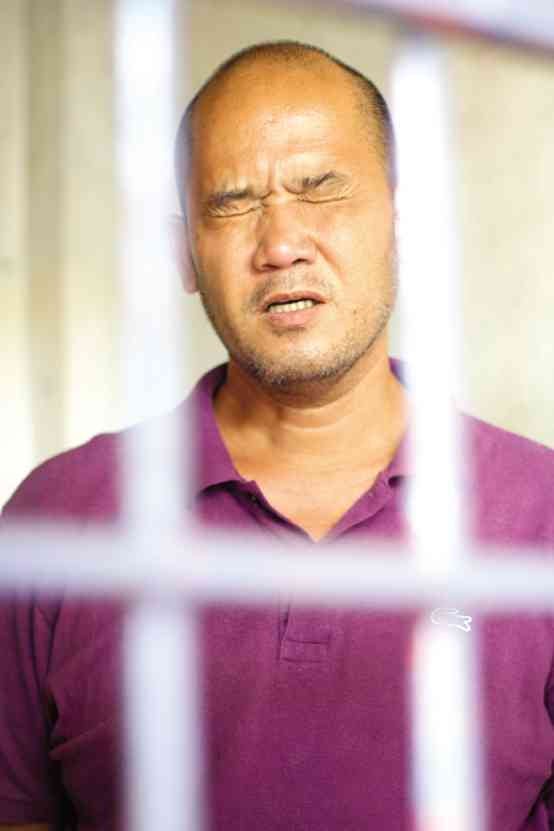 SUSPECTED pedophile Alfonso Dy Dadole III after his arrest for the death of a 9-year-old boy in Cagayan de Oro City on Aug. 21 INQUIRER MINDANAO

CAGAYAN DE ORO CITY—Alfonso Dy Dadole III, the suspect in Friday’s sex-related killing of a 9-year-old boy here claimed to have heard a voice telling him to murder the boy.

He claimed the voice belonged to “Mama Mary.”

PO3 Ariel Reursora, investigator on case, said Dadole was so enraged by the refusal that he stabbed the boy with all his might.

One of the kitchen knives was deformed due to the force of the thrust, he said.

Dadole shared the house, where he allegedly killed CJ around 10 a.m. on Friday, with his mother and unmarried younger sister.

But he was alone when he invited the boy over on Friday, Reursora said.

A former teacher of logic at local colleges here, Dadole—who had been jobless for months now—told reporters he has been hooked on “shabu.” He said he used the drug, hours before the murder.

Asked about the crime while in detention at the Macasandig police station, Dadole also admitted having lured CJ into his house. He said the boy was outside playing with his other brother.

“Mama Mary told me to give the boy what he wants,” Dadole said, adding that he took the boy’s repeated stares to mean that the boy “wanted” to give him sexual favors.

Dadole said he first brought the boy into the family’s living room. It was there where he unzipped his fly but the boy refused to do what he wanted. Inquirer Mindanao