VP Binay tells critics: I’m only human, I get hurt too | Inquirer News

VP Binay tells critics: I’m only human, I get hurt too 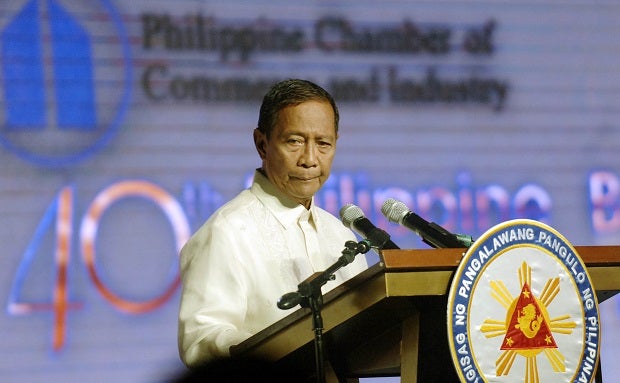 Binay made the remark in a radio interview Tuesday when he was likened to a mango tree, who is being hit for bearing fruits.

“Pag ka ganyan ayaw ko na maging puno (If it’s going to be like that, I don’t want to be like a fruit-bearing tree),” he said.

(I’m also human, I get hurt, especially when [it involves my wife, and my children]. My children would ask me, “Dad what’s happening to us?” “You know, while it’s good to serve the government because you can help the country, the downside is you get accused and vilified.”)

Lamenting that his image was tarnished by corruption charges against him, he reiterated that theese allegations are all lies.

Binay also warned everyone against vote-buying.

(When voting for a president, I hope the people do not get swayed by money, because I am sure, my rivals are already distributing cash. Do not sell your votes, people.)

(I hope you do not sell your votes. There are already 100 million in the Philippines, and it will be a pity for our children and our children’s children if we elect a leader who lacks experience, skills and concern for the people.) Maila Ager/IDL