Amid quorum woes, Belmonte gives away ‘estrellas’ to solons 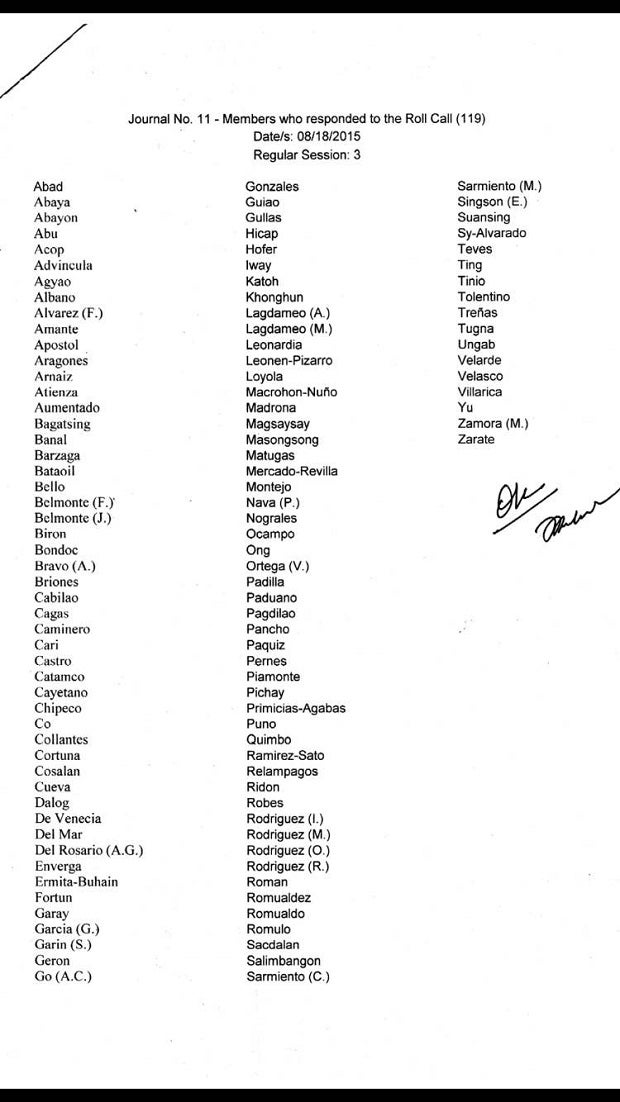 Speaker Feliciano Belmonte Jr. has given out “estrellas” to “reward” lawmakers who attended the plenary on Tuesday amid quorum woes that have stalled the legislative debate on the proposed Bangsamoro Basic Law (BBL).

Belmonte said he was choosing to go on a “reward campaign” and recognize performing lawmakers by giving them “estrellas” (stars ) rather than publicly shame those absent.

“I’d rather look at it the other way around. I-publish yung names ng mga present at lagyan natin ng estrella sa ibabaw at sabihin they were present,” the speaker said in an interview.

The House of Representatives Public Relations Information Bureau released the list of 118 lawmakers who responded to the quorum call Tuesday night, when the plenary failed to reach the quorum of 146 solons.

The House has had difficulty arriving at a quorum over the past three weeks since President Benigno Aquino III delivered his State of the Nation Address on July 27.

With the chamber reaching a quorum at last twice in the past weeks, the plenary debates for the proposed BBL under second reading were stalled with none of the lawmakers present to interpellate on the bill.

On Monday, the chamber reached a quorum with 185 solons but many left the plenary which prompted Buhay Rep. Lito Atienza to question the quorum after counting only 88 lawmakers on the floor.

Belmonte has called a meeting of party leaders on Tuesday to appeal for help in urging lawmakers to do their job as the country’s representatives.

“Please huwag niyong ilagay lahat yung responsibilidad sakin dahil sama-sama tayo dito e. We’re a coalition,” (Please don’t put all the responsibility on me because we are a coalition) Belmonte appealed to the party leaders.

He said the leaders promised to help.

The Speaker said he told party leaders to text their absent members and urge them to attend because time is running out for the BBL.

He said he was expecting better numbers on the floor next week.

“Sabi ko tulungan niyo kami from each of the component parties of the majority coalition… I anticipate something better next week. Time is running out,” Belmonte said.

“I asked for understanding from all of the people who are very vehement about strictly enforcing the quorum. I agree, we should have a quorum but it’s also very difficult to have a quorum that will last let’s say for four or five hours,” he added.

Cagayan De Oro Rep. Rufus Rodriguez in a radio interview Sunday scolded his colleagues for failing to attend plenary sessions for which they are being paid as representatives.

He urged solons to attend and not resort to absenteeism to delay the passage of the bill, so that plenary debate can move forward to meet the deadline of passing the BBL by mid-September.