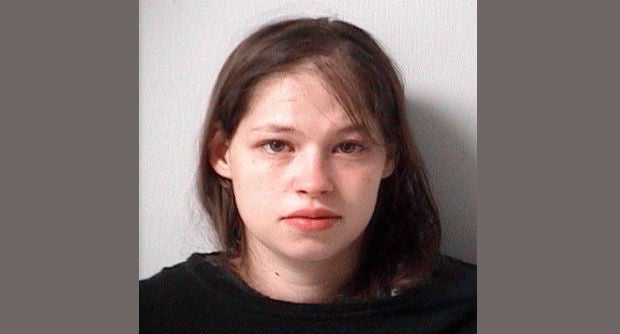 This photo provided by the Logan County Jail shows Brittany Pilkington, who calmly called 911 to report her baby son wasn’t breathing on Tuesday, Aug. 18, 2015, and then hours later confessed to killing him and her two other young sons over the past several months, police said. AP

BELLEFONTAINE, Ohio—A woman calmly called the emergency dispatcher to report her baby son wasn’t breathing on Tuesday and then hours later confessed to killing him and her two other young sons over the past several months because her husband ignored their daughter, authorities said.

Brittany Pilkington was charged with three counts of murder and was jailed, said police in Bellefontaine, about 60 miles (96.5 kilometers) northwest of Columbus.

Police said officers went to the family’s apartment on Tuesday morning after an emergency call from the mother saying that Noah wasn’t breathing. They said she calmly answered a dispatcher’s questions while the baby’s sleep apnea alarm beeped in the background. The baby was pronounced dead at a hospital.

Logan County prosecutor William Goslee told The Columbus Dispatch that he interviewed Brittany Pilkington on Tuesday and that she confessed to killing each of her sons by placing a blanket over their heads and suffocating them.

“In her mind,” Goslee said, “she was protecting her daughter from being not as loved as the boys were by their father.”

The daughter, 3-year-old Hailey Pilkington, was taken into custody by a county child welfare agency.

Authorities already were investigating what happened to Niall and Gavin, whose causes of death still hadn’t been determined. In each of those cases, their father, Joseph Pilkington, found them unresponsive when he got home from work.

“Our son’s not breathing,” Brittany Pilkington said meekly to a dispatcher when she called police on April 6 as her husband frantically gave Gavin chest compressions. “He’s turning white.”

Joseph and Brittany Pilkington were cooperative on Tuesday, police said. She eventually told detectives that she killed all three boys, police said, but no other details of officers’ discussions with her were released.