Binay: Jamias promotion due to ‘Rule of Mar’ 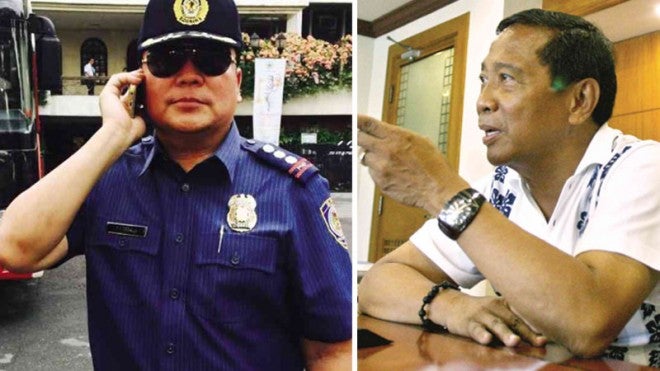 A reward for enforcing “the Rule of Mar” was how the camp of Vice President Jejomar Binay described the promotion of Senior Supt. Elmer Jamias to officer in charge of the Eastern Police District (EPD).

“[His] appointment…is a clear reward for being the enforcer of [Makati] Mayor Jun Binay’s suspension and for blatantly violating the rights of Makati citizens to favor the wishes of Interior Secretary [Mar] Roxas,” lawyer Rico Quicho, the Vice President’s political spokesperson, said in an e-mailed statement on Tuesday.

During a two-day standoff caused by the Office of the Ombudsman’s issuance of a second suspension order against the younger Binay over corruption allegations, Jamias—then the deputy director of the Southern Police District—was caught on video being “berated” and “threatened” by the elder Binay.

This was after the Vice President went to the Makati City Hall to support his son who was holed up in the building. The older Binay then demanded that the policemen in the area under the leadership of Jamias leave at once, accusing them of blocking their supporters.

According to Quicho, Jamias’ promotion was the result of enforcing the “Rule of Mar” which violated the rights of Makati citizens to assemble peacefully and air their support for their mayor.

“This appointment exhibits that under the daang matuwid slogan, those who please and follow Secretary Roxas get the immediate pabuya [reward] of a juicy position even at the expense of a competent and effective alternative,” Quicho said. He did not say whom he was referring to.