Why is autonomy tied to peace talks? 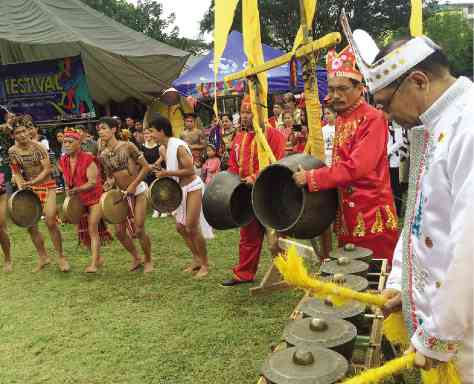 PEACE GONGS In 2014, indigenous Filipino groups of the Cordillera organized a gong festival to promote peace. They invited Baguio City’s Muslim community, who joined the celebration with their own instruments, the kulintang. VINCENT CABREZA

But why are autonomous regions being formed as byproducts of peace agreements?

For the government, autonomy has been a useful tool to resolve political divisions, said Steven Rood, country director of the Asian Foundation, during a recent forum on the Bangsamoro and Cordillera autonomy initiatives.

“In our model [for resolving conflicts with distinct cultures], autonomy is a solution to insurgency,” he said.

It may not be the best approach to developing autonomous governments, but it has helped advance the peace process, said Rood, a former political science professor of the University of the Philippines who has published analyses about the country’s autonomy campaigns.

BBL replaces the Autonomous Region in Muslim Mindanao (ARMM), formed by Republic Act No. 6734, which underwent changes through RA 9012 to incorporate the terms of the 1998 final peace agreement with Nur Misuari’s Moro National Liberation Front (MNLF).

Section 15 of the Article X of the 1987 Constitution mandates the creation of autonomous regions in the Cordillera and Muslim Mindanao “consisting of provinces, cities, municipalities and geographical areas sharing common and distinctive historical and cultural heritage, economic and social structures, and other relevant characteristics within the framework of this Constitution and the national sovereignty as well as territorial integrity of the Republic of the Philippines.”

This provision says Congress, with the aid of consultative commissions, would determine how these special regions should be shaped.

Since 1987, however, autonomy had been treated as a peace building process when the late President Corazon Aquino formed the Cordillera Administrative Region. She issued Executive Order No. 220 to prepare six provinces for the creation of an autonomous Cordillera region.

EO 220 has been enforced as law having been issued under Mrs. Aquino’s revolutionary government. It was signed in 1987 after the government and former rebel priest Conrado Balweg ended hostilities and began peace talks. After almost 25 years, the talks were concluded in 2011 with a “closure agreement” signed by Mrs. Aquino’s son, President Aquino.

Two laws creating the Cordillera Autonomous Region were rejected in plebiscites in 1990 and 1998. A third attempt is being made by Cordillera lawmakers.

The autonomy provision “got into the Constitution” due to a discussion concerning federalism, Rood said.

He said the Constitutional Commission, formed after the Edsa Revolution that ousted strongman Ferdinand Marcos in 1986, discussed the possibility of turning the country into a federal state. This idea was turned down due to fears the country would fragment after martial law, he said.

A second option was raised and called “enfranchisement,” Rood said, “meaning any place could call for autonomy.” He said the constitutional body “decided against it because they were [also] worried about fragmentation.”

insurgency crisis at the time.”

“So they decided to give autonomy to the two places that were asking for it,” he said. These were the Cordillera and the Muslim-dominated portions of Mindanao.

Both regions are unique, he said, for the simple reason they were “un-Hispanized,” to which various historical records attest.

“That’s a fancy way of saying they did not have ‘cedula’ [that were torn during the Philippine revolution],” Rood said.

Alex Brillantes, a commissioner of the Commission on Higher Education and a political scientist, said autonomy has been an effective model for empowering minorities in many countries.

However, the process must evolve naturally, and not simply imposed, he said.

The campaign for autonomy was always anchored on a belief that there are distinct identities for a Cordilleran and a Muslim Filipino.

HB 4649 defines a Cordilleran as anyone who has lived or continues to reside in the region.

“[But] when they took the BBL to Sulu, there were signs put up saying, ‘Hindi Bangsamoro, Bangsasug (for Tausug),’” he said. “It’s one of the things they would have to work on.”

The BBL would fulfill the peace deal’s political documents, like the framework agreement on the Bangsamoro, he said.

“The President gave the government peace panel … [the leeway to] explore the flexibilities of the Constitution. That’s why they [have been] a little adventurous when they tried to come up with a legally justifiable

He said early autonomy campaigns have stumbled on constitutional barriers which Mr. Aquino did not want repeated.

An example is the parliamentary system, which the MNLF tried to assert in its peace deal and which was part of the draft organic law drawn up by the Cordillera Regional Consultative Commission. These proposals were rejected for being unconstitutional.

Rood: “Here in the Cordillera, autonomy sounded like a good idea in 1986. Since then, we have passed the 1991 Local Government Code, which gives more power to the municipalities and provinces and cities, all of which are run by Cordillerans. You have the

Indigenous Peoples’ Rights Act which is meant to provide the ‘ili’ (a Cordillera term for community) control of [their] ancestral domains … Why would the average citizen care about [Cordillera autonomy now]?”

He said advocates of Cordillera autonomy could consider rewriting the autonomy draft to reflect what existing laws fail to provide communities with distinct economic, cultural and social structures.