Spanish city to use DNA to fight dog poop 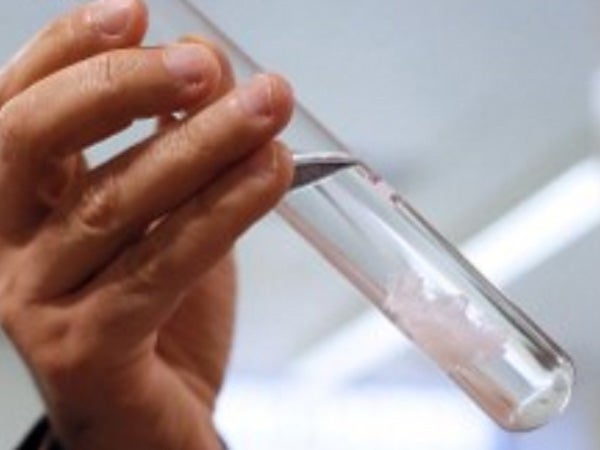 A picture taken on November 21, 2012 shows a DNA sample in a pipette at the laboratory of the French Association for Muscular Dystrophies (AFM) in Evry, near Paris. AFP

MADRID, Spain—Spain’s northeastern city of Tarragona plans to use DNA analysis of dog droppings to track down errant owners who fail to clear up their pet’s mess, local officials said Monday.

The coastal Mediterranean city will work with a local university to create a DNA database of registered dogs that could be used to identify its owner, Ivana Martinez, the city’s city councillor for public spaces, told news radio Cadena Ser.

Droppinga found on the street or in parks can then be matched through the DNA database to a registered pet and its owner issued with a fine, she said.

“Right now, unless the police is at the scene and the right moment, it is very difficult to know who is breaching the rules,” Martinez said.

Pet owners will have to cover the cost of the DNA testing in addition to paying a fine.

Martinez said the city wanted the database to be up and running “as soon as possible” but did not provide a date.

Tarragona, a city of some 135,000 people which is known for its wealth of Roman ruins including a seaside amphitheatre, has just over 2,800 registered dogs, according to city hall.

Read Next
‘Big 3’ oil firms out of Pandacan depot by Nov.
EDITORS' PICK
UK’s Boris Johnson will resign, BBC reports
Unemployment rate up to 6% in May
Geek out at TOYCON 2022 powered by Smart Signature
High inflation: Your P1 is now worth only 87 centavos
High-risk pregnancy: Reducing your risk is in your hands
House energy committee chair Arroyo bats for cheap electricity
MOST READ
Suspect in grisly killing of missing woman in Bulacan arrested
Kim Atienza’s daughter flaunts bikini body in response to critics of her ‘revealing photos’
Japanese artist who created ‘Yu-Gi-Oh!’ found dead in the sea
UK PM quits as Conservative leader
Don't miss out on the latest news and information.