Hundreds of flights delayed, canceled in US over glitch 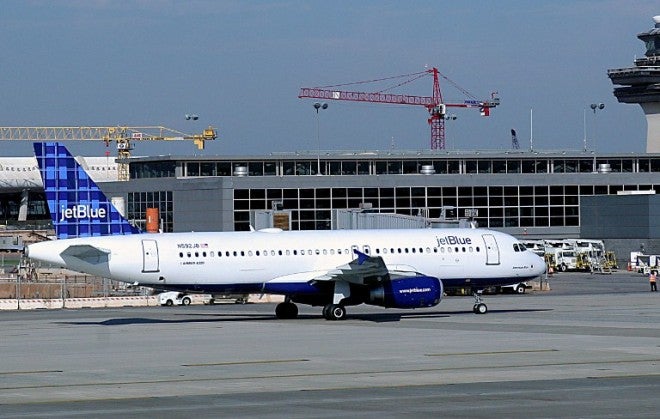 A Jet Blue Airline plane taxis at Washington’s Dulles International Airport, which was one of airports affected by a computer problem that led to cancellation and delays of flights on Saturday. AFP FILE

Tracking service FlightAware reported that at one point, more than 400 flights had been delayed or canceled across those airports.

Some flights at BWI were pushed back more than three hours, while a number of travelers at Dulles were told to expect delays of more than an hour.

“An FAA automation system that experienced problems earlier today is back in service,” the Federal Aviation Administration said, announcing that operations were returning to normal.

“FAA is continuing root cause analysis to determine what caused the problem &amp; is working closely w/airlines to minimize impacts to travelers.”

It identified the glitch at an air traffic control center in Leesburg, Virginia, just south of the US capital Washington.

The FAA had earlier directed high altitude traffic around the affected airspace.

The affected airports are among the country’s busiest.

The delays had nothing to do with accidents or hacking, an aviation official said.