Lawmaker’s new pitch for med marijuana: It won’t kill you 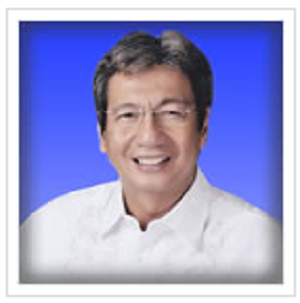 Drugs and marijuana may both be toxic and addictive, “but at least marijuana doesn’t kill.”

Thus responded Isabela Rep. Rodolfo Albano III to accusations that he was being “irresponsible” when he proposed a measure to legalize the use of marijuana or cannabis for medical purposes.

“Have you heard of anybody dying from marijuana overdose?” Albano asked in an interview with dzIQ radio, after officials of the Philippine Medical Association (PMA) called him to task for pushing House Bill (HB) 4477 on the compassionate use of marijuana, saying the locally illegal drug could be abused and could lead to deaths.

The congressman countered that the PMA officials were protecting the interest of big pharmaceutical firms and were shutting the door on alternative medication that could potentially hurt their businesses.

“All doctors admit that all drugs are toxic and have side effects, but it doesn’t mean they do not provide relief or help,” Albano said. “It all depends on the doctor dispensing the medicine, which is no different from what we are proposing in our bill.”

Unlike drugs such as paracetamol, analgesics and antidepressants, Albano said he had yet to see a clinical study that would show people dying of marijuana overdose.

To claims from some doctors that a lot of drivers have accidents while high on marijuana, the congressman argued that the drivers in all these cases had drank too.

“In my youth, when I used this stuff, I’ve never crashed into another vehicle or person because I was at peace. Have you tried driving while drunk? (You’d) be red-faced and prone to fighting,” Albano said.

Like “maintenance drugs” for hypertension and cholesterol, medical marijuana is meant to ease a person’s suffering from debilitating health issues, the Isabela representative said.

Albano also expressed surprise at PMA officials who admitted to the good effects of medical marijuana, but still refused to give it a chance.

True, medical marijuana may be prone to abuse, the congressman said, but this is why his bill has rigid rules on production and usage. He cited the safeguards included in HB 4477.

These include its production in a highly monitored research center, the screening of both doctor and patient, and restrictions on the release of marijuana in its raw form or dispensing it through smoking.

“The bill does not decriminalize marijuana; it does not promote marijuana for recreational use. Let’s stick to facts in informing the public,” Albano said.

Albano admitted, however, that he was not too optimistic that the bill would be approved in this Congress.

“But at least we have opened the debate and created public awareness that there is an alternative for people with serious health problems,” he said.

Congressman remembers splendor of the grass