Congressman remembers splendor of the grass 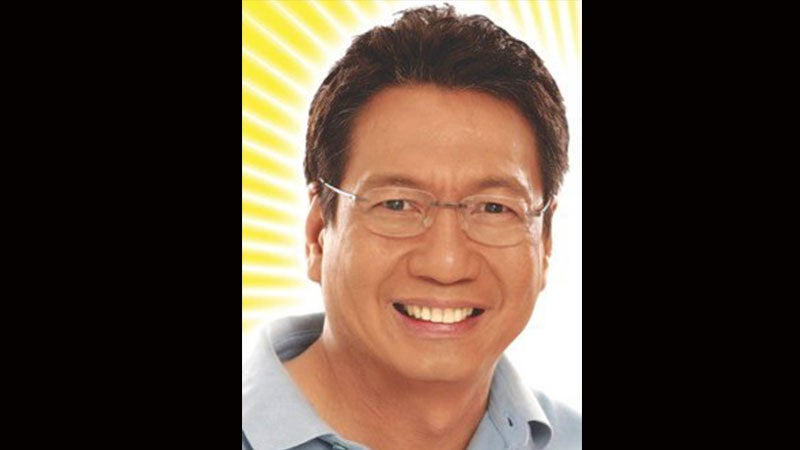 FOND MEMORIES OF MARIJUANA DAZE Isabela Rep. Rodolfo Albano III recalls how marijuana made him “sound smart” as a freshman in college in a congressional hearing on Tuesday on the proposed law legalizing the “compassionate use” of cannabis to relieve the chronic and debilitating symptoms of dreaded diseases. VILLAMOR VISAYA JR./INQUIRER NORTHERN LUZON

Experience must indeed be the best teacher, because long after his college years, Isabela Rep. Rodolfo Albano III still recalled how marijuana had once proved “compassionate” to him.

Albano appeared on Tuesday before a panel at the House of Representatives to defend the proposed “Compassionate Use of Medical Cannabis Act,” which would legalize the use of marijuana to relieve chronic or debilitating conditions.

As a college freshman, the congressman recounted how he had gone to class after using some cannabis and later found that it had increased the “absorptive capacity” of his brain.

“I was just staring at the teacher in a daze,” Albano said, adding that for some inexplicable reason, he later found himself debating with his professor for some 30 minutes.

“The teacher told me afterward, ‘Matalino ka pala (So you’re smart after all)!’ I didn’t have the heart to tell him, ‘Father, I just smoked weed,’” Albano recounted before the health committee of Congress.

Despite his positive experience with cannabis, the congressman said he was not supporting the recreational use of marijuana.

“I don’t want kids lighting up because the effect is you become lethargic or lazy,” he said.

Under House Bill No. 4477, the government would “legalize and regulate the medical use of cannabis which has been confirmed to have beneficial and therapeutic uses to treat chronic or debilitating disease or medical condition.”

The proposed law espouses the beneficial uses of cannabis in treating and relieving symptoms like pain and nausea that arise from debilitating medical conditions, such as cancer, multiple sclerosis and HIV-AIDS.

The bill, however, maintains the prohibition on the possession and use of marijuana for nonmedical purposes, as well as smoking it in public, or while driving a vehicle.

While he did not support its recreational use, Albano noted that the crime rate in Colorado in the United States actually went down a year after the state legalized recreational marijuana in 2014.

“I don’t know why; maybe they all just became happy because they were sleeping all the time,” he said.

The congressman added that contrary to popular belief, marijuana was not a “gateway drug” that would encourage users to try stronger substances.

“I used marijuana but I never tried cocaine or shabu (methamphetamine hydrochloride). I never became a hippie, or became fat because of eating too much,” Albano said, addressing another common belief that taking marijuana causes the munchies, or the urge to nibble food after.

People’s preconceived notions about marijuana are usually wrong, the Isabela representative said. “It’s the fear of the unknown that we need to overcome. We should not judge this drug and instead research its beneficial effects on people,” he added.

Among those open to the legalization proposal was ANG NARS Rep. Leah Paquiz, whose 33-year-old son died of pancreatic cancer last year.

The pain her son suffered could have been relieved somewhat had he been prescribed medical marijuana, Paquiz said, adding that the next best alternative was to use a morphine patch which was not easy to order abroad.

“I look to the day when the cure becomes available, affordable and effective. I hope that medical cannabis will be within one’s reach,” Paquiz said.

University of the Philippines professor and toxicologist Romy Quijano also appeared before the panel and cited studies showing the therapeutic benefits of marijuana in its original form, and not as a pure extract, to alleviate the symptoms of dread diseases like cancer.

“Marijuana is a medicinal plant, not poison,” he said.

But Dangerous Drugs Board (DDB) Undersecretary Jose Marlowe Pedragosa said the proposed measure did not give a precise definition of medical marijuana.

“Medical marijuana should be defined and should be a pharmacological product approved by various authorities,” the DDB official said.

While he also took exception to sections in the bill that appeared to “encourage” the smoking of marijuana, Pedragosa said the DDB did not oppose medical marijuana, “provided that (it) has undergone strict procedure(s) before it can be classified as such.”

But Minerva Calimag of the Philippine Medical Association warned of the possible adverse effects of medical marijuana, noting that most people thought of cannabis in its “raw form.”

In its purified form, marijuana might actually have unintended side effects, Calimag said.

“The absence of evidence is not the evidence of absence. There will always come a time when more issues come up during the use of the drug,” she said, adding that some drugs were pulled out from the market after they were found to cause harm to patients.