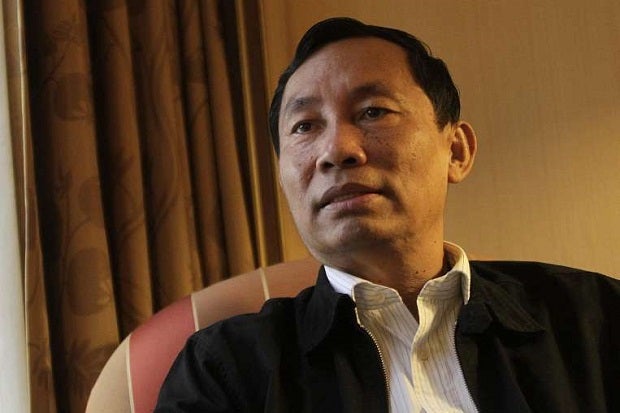 Myanmar’s influential speaker Thura Shwe Mann has been removed from the leadership of the ruling Union Solidarity and Development Party (USDP) in a dramatic move which saw armed police swooping on the headquarters of the party in Naypyitaw late on Wednesday night and sealing off the premises.

Thura Shwe Mann’s son was quoted by news agencies as saying there were “guards” at his father’s house.

Separately, the party’s secretary general Maung Maung Thein told Reuters on the phone that he had been told there was no need for him “to come to the office any more.”

A well placed source in Myanmar told The Straits Times: “This is an internal party coup. Thura Shwe Mann remains Speaker of Parliament but no longer leader of the party.”

It could not be confirmed that Thura Shwe Mann, 68, an ambitious former senior general who had said he wanted to be president, would stay on as speaker.

But his removal from the party leadership indicates he would be out of the running for the Presidency.

In Myanmar’s system, the president is elected by sitting members of parliament.

Opposition leader Aung San Suu Kyi was ruled out because of a clause in the constitution which bars anyone with foreign family members from the post. Her two sons are UK citizens.

Thus even if her party, the National League for Democracy (NLD), emerges as the strongest from the November 8 election, she would not be eligible to be president and would have to back someone else for the post—potentially even from outside the party.

Political pundits had pointed to Thura Shwe Mann as a possibility, given that the two had apparently evolved a close working relationship. He had made no secret of his ambition to be president.

But the powerful military which still ultimately calls the shots in Myanmar, directly controlling 25 percent of parliament seats as well as three key ministries, was unhappy that the speaker allowed a vote in parliament in June that could have rolled back the military’s power to the advantage of Suu Kyi.

The army used its reserved bloc to defeat the proposal.

The deadline for nomination of candidates for the November 8 election is Friday, August 14—and the latest development sharply raises the political temperature.

The internal coup also came amid reports of squabbles among the leadership over its candidate list.

The removal of Thura Shwe Mann may leave incumbent president Thein Sein in a stronger position.

The 70-year-old president is not contesting the election, and has not explicitly said he wants to be in office for a second term.

But Myanmar’s system does not rule him out of the presidency, and in recent interviews, he has said he is open to the idea if asked.

Speaking to the BBC’s Myanmar language service on Thursday morning as rumors flew in Yangon, Minister of Information and spokesman for the President Yeh Htut said Thura Shwe Mann had been temporary chairman of the party, but President Thein Sein was the “permanent” chairman.