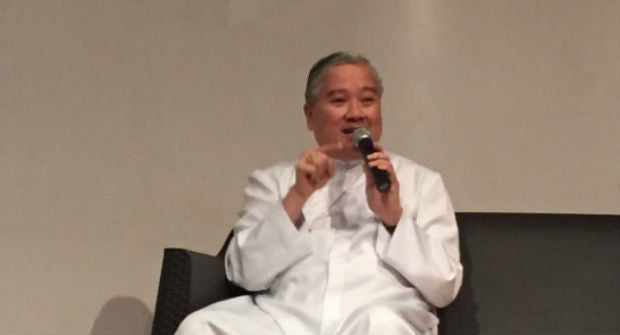 Nine months before the 2016 elections, the Catholic Bishops’ Conference of the Philippines (CBCP) on Tuesday maintained that the Philippine Catholic Church will never endorse a candidate, but added that the laity, with the help of dioceses, should do their part in educating voters.

CBCP president Archbishop Socrates Villegas said voters should refer to their conscience and to Church teachings in electing the country’s next leaders.

“As the political engine is revved for the presidential elections, we urge our lay persons to be actively engaged in the apostolate of evangelizing the political order,” Villegas said in a pastoral letter.

“While the CBCP and the Catholic Church in the Philippines will NEVER endorse a particular candidate or a particular party, leaving the consciences of voters sovereign in this respect, in keeping with long-accepted moral teachings of the Church, we commend efforts such as these to arrive at a collective discernment on the basis of Catholic standards and principles, that are not necessarily sectarian,” he added.

But despite non-endorsement of candidates, the Lingayen-Dagupan archbishop said the Church can contribute to political education by conducting debates and public fora.

“We encourage debate among the candidates, and we hope that our dioceses will organize public fora and debates that allow the public to familiarize themselves with the positions, platforms, plans, beliefs and convictions of our candidates,” Villegas said, noting that these gatherings should be “permeated by a genuine sense of fairness, consecration to the truth and charity.”

Reiterating his previous call to voters to end political dynasties, Villegas also expressed disappointment over the failure of lawmakers to pass an anti-dynasty law.

“Until Congress defines what dynasties are in a manner that fulfills the policy embodied in the fundamental law, we have nothing more but an inert provision of the Constitution that accusingly points at the refusal of Congress to act,” he said.

In response to President Aquino’s last State of the Nation Address, Villegas highlighted the importance of inclusive economic growth that uplifts the poor’s living conditions.

“Government and corporate figures remain items of cold statistics until they are translated into better lives by those now most disadvantaged,” he said.

“The count-down has begun to the next national elections in 2016. We thank God whose mighty hand is at work in our history for the gains we have made. We implore his pardon for our faults and failings. We call on his unending mercy for the tremendous work that must yet be done,” Villegas added. TVJ